Alexa skill for kids that asks multiple choice questions from various topics in mathematics. You can level up in the game and get stronger with time. Rationale/solutions for questions are provided for better learning.

For providing an easy platform for learning simple as well as advanced mathematics. My aim was to gamify this experience by adding a levelling up scenario and thus, making this game interesting for kids.

To start the skill, say:

Alexa will respond with the introduction phrase which also tells you your current level if you restarted the game. Now, when you are playing first time, you should ask for help by saying:

Alexa will respond with help for your current level.

if your session is open or by saying

Alexa will now start a trivia and respond with a question. See the alexa app on your mobile for clear information on question.

If your answer is A, answer by saying:

alexa, tell math hero my answer is A

or if you don't know, you can say:

otherwise, you can also ask alexa to repeat by:

Continue the trivia or ask for rationale. After completing 5 questions, you will be rewarded with the score for this trivia which will be added to your total score. Alexa will also tell you when you level up.

The conversation model of the skill was becoming quite complex and had numerous issues as I was providing score based on the time taken to solve the question. I also had to find out a clear way to communicate the question to user as alexa sometimes spoke too fast. I built up the persistence using dynamodb where I stored the important details related to the current question and the start time itself, the request was made before speaking. I added multiple interaction points so as to have a smooth conversation flow. Further, I used cards in alexa app to clearly communicate the question to the users.

As alexa speaked very fast sometimes, impossible for the kids to understand some time, I added multiple 1s and 500ms pauses in between the speech to make it look more human-like.

Simple interactions and conversations are not as simple as it seems. Before gamifying the experience it was boring. Gamifying the skill really improved the interest in children as it adds a whole new dimension to the interaction. 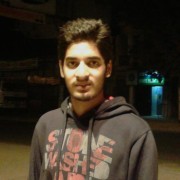