Builds an outfit based off of crowdsourced information

So, as a group, making outfits is not something we are great at. One of us is color-blind, and while the rest of us have no excuse, we still suck at it. Although there's a lot of appeal to wearing a pair of khaki-ish cargo shorts and the randomly selected free hackathon shirt du jour (it's a safe, comfortable choice), there are lots of times where that won't cut it. If you have an interview or a night out or (by some miracle) a date or a semi-formal-but-who-actually-knows kind of event, you really shouldn't have to decide on an outfit alone. Matchr can help by giving you a platform to ask your peers for their opinion of what goes with that shirt you've never figured out how to pull off.

Matchr lets the user upload a post, which includes one article of clothing that they're kinda digging, a post title and comment to give voters a little background on what the user needs this outfit for, and some clothing options to pair with their favorite article. Other users can then get on and vote for the options that can go with that article. Everyone, but especially the original poster, can see real-time results of the percentage of people that approved each option.

We actually implemented this as a web app and an android app. So our web app has a Flask and Django backend deployed as a Heroku app. The android app is very much a prototype, but it was made in Java in Android Studios.

Well, our android team has never made an app or used Android Studios or coded in Java. So it was a little bit of a train wreck getting going. We had quite a bit of difficulty with images as well; there's a lot of really easy ways to submit text, but taking a picture and actually saving the result is a struggle. We also had some problems connecting our backend and our frontend. So, though both pieces function independently, alone they aren't so special. Our backend/web team had a bit more experience and therefore a more successful process, but they still hit some roadblocks with delegating and dividing the labor.

I'd love to say we learned Android Studios, but that honestly might be a lie. However, after this 24 hours, we know how to get started on an app, and learned a lot of things that we did wrong. The next go-around with android will go a lot smoother, and we will be a lot better about committing regularly so we don't destroy everything again. So tl;dr, we learned how to learn Android Studios better. And our backend definitely picked up some new tools and skills as well.

First, a slightly less hardcoded project. So, user accounts and corresponding upload. Until users can log in and actually upload their potential outfits, the whole thing has to be a bit hardcoded. It's all just bottle-necked right at that beginning process. Once that gets sorted out, the rest of it should be a very functioning product. The next phase would be to allow users to upload an entire wardrobe and let people crowdsource create outfits for them from scratch. Though it would be hard to implement (and harder to get benevolent fashionistas to contribute), it would be substantially more beneficial for us fashioned-challenged CS folk. 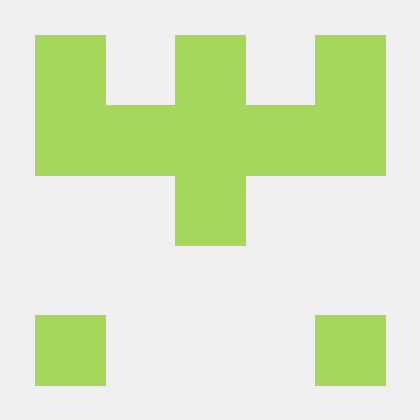