The bot is currently very simple, you can create games, make a guess and ask for a hint.

Send a message to the bot (for the sake of the example, let's call it macaco):

And the bot will reply (to the same channel):

Guesses are all lower-case characters from a to g (8 possibilities, 8**8 combinations).

A reply with 8 exacts marks you as a winner. The other players can keep playing (the bot will accept their guesses) until they submit the correct answer. If you have already guessed the correct answer or if you send a invalid guess (for example, bad characters in the guess and so on) the bot only replies with:

Asking for a hint

To ask for a hint just say something to the bot with hint followed by a game id in the form #<id>, e.g.:

This is a django backend multiplayer implementation of the Mastermind game in the form of a RESTfull API, including a slack bot to play the gam, running at http://mastermind-macacoprego.herokuapp.com/.

This is a very simple implementation, with minimal interfaces, no authentication and was created during the participation of macacoprego.tech on the 2016's vanhackathon.

This implementation mimics the codemaker role on the backend. Then the HTML UI can be used be codebreakers and also the slack bot proxies the backend as a codemaker using the same APIs.

We also support multiple concurrent codebreakers for each game. This is a very simple implementation, with minimal interfaces.

It provides a multiplayer API to play mastermind, including multiple games concurrently offered in as a RESTfull API. This RESTfull API is used to provide a web interface and a slack bot for users to play the mastermind game.

Everything uses python3. The backend uses Django and Django REST Framework. The bot is using aslack <https://github.com/macacoprego/aslack>_ asynchronous interface to slack (on top of asyncio).

Typically you would run the backend and it inside a pyvenv::

It is distributed with setuptools, you only need to install it using::

It will ask you for the api token, you can also user --token or set MACACOPREGO_MASTERMIND_BOT_TOKEN.

Initially we thought that APIs to join a game between two different users were supposed to keep the HTTP request waiting for all participants to join. This led to a lot of discussions on how to synchronize multiple django requests, using postgresql or any other inter-process locking mechanism.

After we discovered (by asking Axiom-zen people about it) that this was not a requirement everything became easier.

The API is very maintainable and scalable, we also think that we made it usable very quickly.

Three APIs are provides, they all receive JSON inputs, so fields below refers to properties of a JSON object. 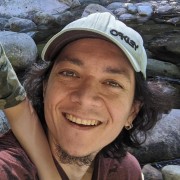