Our team consists of 4 developers, one of whom came here as a BCH enthusiast but with no experience with programming on the BCH network. Other members were brought here by curiosity and with a general understanding of blockchain but also no experience in working with BCH.

Tailoring our product to be simplistic in design, easy to use and integrate into already existing technologies reduces implementation costs for vendors and increases product uptake through the removal of initial barriers. Marzipan users need not adopt an app or card for each merchant they frequent, while being able to get a free coffee once in a while. This sounds like a good deal for end-users and an even better one for smaller merchants. Many merchants want to have a loyalty program but are limited in the amount of disposable income needed to fund development. Marzipan's free and easy-to-use loyalty program allows merchants to create BCH in-package making for easy adoption.

Marzipan loyalty rewards program allows merchants to create and manage loyalty points based on SLP tokens they issue for users to collect in a similar fashion as on: www.mint.bitcoin.com. Both end-users and merchants will be able to use it on their desktop and smartphones.

Some of the basic features that should be available to merchants include:

End-users should be able to:

We used BCHD's gRPC as well as BitCash library since we built our web app with python. As for DB, we're using Mongo.

A basic challenge for us was to integrate blockchain technology into our application. We found BCH libraries quite good and comprehensive but even so, it wasn't an easy task to set up a work environment where we can utilize those. Even with that done we still had some regular issues with setting up web page since we tried to find a middle ground programming language and technology-wise.

We're proud of getting together as a team and sharing so much knowledge and experience in such a short time span. Managing our own wallets on such a low level was really an amazing feeling.

What's next for Marzipan

We've started this project on an idea that was brewing for some time now. This hackathon was an opportunity for us to set up a working environment and get a better idea of what kind of issues we'll be facing technically and what tools we currently have at our disposal. I (project leader) hope that the amazing developers that worked in our team will keep working on the project and also aim to bring in more talented people. Besides creating and polishing basic features, we'll concentrate on creating good documentation. Once we have a functional product we'll go do what we're here for - spread adoption! We're looking forward to that even more than developing the app itself because this is the reason why we're developing it in the first place. 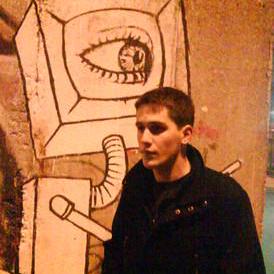