FutureMap is a new way to build and discover knowledge. Leveraging the art of cartography, FutureMap creates harmony from the chaos of complicated problems with inclusive crowdfunding tokenomics to ensure great ideas are sustainably funded into fruition. Try out our working prototype, and be sure to check out the "trees" view in the dropdown!

Who will use FutureMap?

We envision a variety of possible structures and relationships to incentivize users to develop nodes, fund bounties, collaborate, and quickly adopt the FutureMap platform. The potential users we see include: University departments and students, university applicants, corporations, independent researchers, and independent internet users incentivised to share their ideas and solve problems.

Individuals will be either campaigners (who are incentivised to spread awareness for a certain plan or map), fundraisers (who seek to invest in projects or new ideas), or people with “skills'' such as such as organizer, manager, engineer, scientist, builder, or artist. These individuals may be capable of either actually building a map, or implementing a plan laid out in a map of a given topic. These different groups will be derived from universities, corporations, and the general public.

Individuals will be incentivized to participate in bounties in order to win tokens. Winners of bounties automatically get their work published as an NFT (which can be a great way for users who cannot pay out-of-pocket to "patent" their work via NFT). When a graph is published as an NFT, if any part of that graph is forked into another graph that wins a bounty, a portion of that bounty prize will be allocated to the original graph creator. Individuals will therefore be incentivized to quickly produce high-quality maps and nodes that other users will want to build off of.

Forecasters will be incentivized to bet on bounty winners in order to win tokens. Other forecasters may be incentivized by forecasters’ reputation, which increases the volume of betting, and subsequently, the amount staked in the liquidity pool which is used to stabilize the token’s value.

Fundraisers will invest in projects and maps through the use of tokens. Tokens may be earned through certain structured tasks (especially to kickoff the FutureMap community), purchased, or won through either winning, or accurately forecasting the winners of, bounties. The number of tokens won through bounties (and there can be different bounty types, i.e. building maps, fact-checking maps, editing nodes, etc.) can be a reputation mechanism to assess the skill of a user.

Collaborators may be incentivized to work together to build maps for bounties because the system can manage the coordination of mappers via smart contracts. The work of collaborators in the system can be easily quantified, and depending on the nature of the contract, bounty winnings can be easily and accurately allocated. Collaborators can evaluate each other through users’ works (publicly available maps and nodes) or reputation scores built over time (related to users’ skills).

Universities may be incentivized to produce and publish maps as a prestige mechanism (similar to scholarly article publishing). Because maps may be published as NFTs, Universities may want to encourage departments, professors, or students to publish works on the map.

University departments and professors may be incentivized to use maps to supplement their educational curriculum, including referencing their own departments’ works.

Companies may be incentivized to use FutureMap by either funding bounties or, similarly to Universities, establish prestige in a domain by quickly mapping a subject. Companies may use bounties as a scouting mechanism, also.

The Foresight Institute may be incentivized to use FutureMap in order for its fellowship cohort to articulate the challenges, solutions, actors, research requests, funders, and opportunities in their fields, including building tech trees on the subjects of longevity, nanotech, biotech, space governance, intelligence cooperation, and existential hope. They would be able to create and kick off crowdfunding for their fellowship members to actually begin and build projects and organizations based upon these maps: working towards solutions and impacting quantifiable progress in any number of areas. FutureMap may also be used as the application process for future Foresight fellowship programs and/or Foresight fellows may be requested to make a contribution to Foresight tech trees as a part of their fellowship program.

What's next for FutureMap 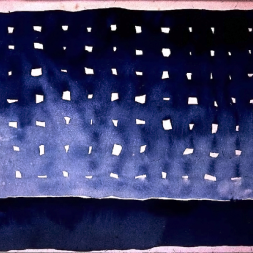