"I'll start later" "I have time" "This is taking too long" In the past, our entire group has experienced some form of procrastination. So we decided to take action and create an app that tracks our productivity.

Make or Break inspires common college students to be productive. Coming out of high school, which contained a strict structure that helped students stay organized disappeared when coming to college. Professors are not reminders like high school teachers were, extracurriculars are all optional, and tasks are self motivated. With Make or Break, students that crave structure can now access daily motivational quotes, sleek to-do lists, and a consistent habit trackers.

Our group delegated worked between the four groups. We divided between front and back end, focusing on everyone's strength. Before diving straight into coding, we used Sketch and Invision to get a generalization of what we needed and how we were going to do it. Then, our backend and front end developers used Visual Studio Code, W3Schools, and APIs to gather images. For our different motivational quotes, we made a list on our backend that would generate the random quote with each refresh of the page. To put it all together, we hosted our website on Netlify.

Make or Break was first envisioned to be an app. However, due to inexperience, our group could not make this a reality. We also had lots of formatting issues and lots of concepts that had to be 'google-taught.' We had to learn a entire language, JavaScript.

Learning an entire language. We are also proud that this is our first hackathon.

An entire language, I had to learn HTML to format. I also used Sketch for the first time.

What's next for Make or Break

Make or Break has lots of improvements that could be added. We first wanted the app to track productivity using the amount of phone usage, however, due to the short time we were unable to make that happen. In the future, we hope to fix formatting issues, actually create an app for the phone, and track productivity with purpose. 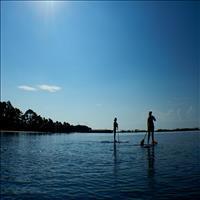