Magic2015 on steam has annoying connectivity issues. Plus it sucks that you have to install steam and/or install magic natively to play with friends. Why not play on the browser which is operational on a lot of platform? Plus fix those connectivity issues. That would be fun.

Connects people to play Magic in the Browser together

Three.js is the 3D library, websockets is the network protocol, golang serverside code. I have the multiplayer networking code for a generic multiplayer browsergame on github here: https://github.com/PiusNyakoojo/golang_multiplayer_template and had to modify it to make this game. Everything else I did from scratch from the beginning of the competition, and without pre-thought/pre-planning.. Thus a lot of optimizing could be done

Deploying on heroku, ugh i've done it before and wrote the process but for some reason something's not going through. Anyway, that really sucks that I can't just give you a link now... [Edit: If you go to status.heroku.com you'll see that they're out of maintenance right now (20/9/2015).. i.e. it's probably not my fault.. Even my other herokuapps are offline] I didn't have enough time to do the logic the gameplay.. Rather, just a simple setup. You can play cards but it doesn't matter how many land cards you have.

Setting up a lobbying system for the first time. Making animations

How to set up a lobby system. How to make a card game.

What's next for Magic In The Browser

I don't know. I came here knowing what i wanted to make, and i've made it. The company responsible for Magic, i.e. the card images etc.. They may not like if I developed this further and got a large fan base.. it may reduce their fanbase on the native application game. I think it was fun to build considering it's my first real game for the browser. But in all honesty, I know I could make this an awesome experience, i.e. great functionality for the user. So I think whatever i'll do next will be more challenging.. I'm looking forward to 3D browser based games that are comparable in performance and awesomeness as native applications 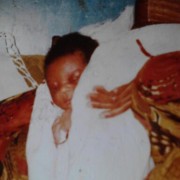