We were inspired by the Best Space App and Most Useless Hack awards to create a program that was space-themed and almost utterly useless while still making it completely functional at what it was meant to do. We then brainstormed a bunch of space related questions that could be easily answered through a Google search or through any other search engine. Many questions were thought of, most of them related to math and physics, but we settled on the question on how far we are from the moon depending on which continent we are living on. This question could be easily looked up on the internet, allowed us creatively display this information, and could also be easily displayed to anyone with a computer. We also decided on the distance to the moon to remember the great moon landing accomplishment that brought much needed attention to the STEM world.

We knew from the start that making this program text-based through the terminal was the easiest way to match the old, ancient computer aesthetic that we were looking for while also making it easily accessible to everyone. This aesthetic was to respect how far we've come in the advancement of computers and the plethora of computer hardware and software improvements we have received. This chosen aesthetic also inspired ASCII diagrams to visualize the data we display in the program.

Our program asks for your name and which continent do you live in. It takes this information and prints out an ASCII style diagram where it plots the continent where you are at and prints out the average distance you are from the moon in miles (sorry, but we don't use kilometres over here). It will also make a text file of the ASCII diagram and distance statement, where the name of the text file is the name you inputted previously. The program will then ask if you want to run it again or quit out, and this can be rerun indefinitely until you decide to quit out of it.

This program was made completely out of Python! We made all of the ASCII art ourselves through a lot of time and patience, and most of the code was made by taking the user inputs using if statements and while loops to determine which method gets called to print the correct diagram. We also used a file reader and writer to write the files after each execution of the program.

Since this was our first collaborative project, learning how to use Git and Github to the fullest extent was a very big learning curve for the both of us. It was also very difficult to settle on a definitive final product since we were always constantly wondering what parts of the project idea could get changed, and that led to long periods of time in which no work would get done. Learning how to draw in ASCII format was also a challenge that just required a lot of patience. This did not help that the both of us also had other work and deadlines to watch out for, which decreased the amount of time we could work on this project during this hackathon. However, after all of these challenges have been conquered, we both had a blast making this project in a short amount of time and really enjoy the result that we ended up with.

We are very proud of the result that we ended up with given our time restraints. The ASCII aesthetic in particular was something we are both very proud on since it ended up surpassing both of our expectations on how it would look. We were also able to rid of any potential bugs, so this program should run completely bug free as long as you have access to the terminal and Python3.

We learned how to use Git, Github, and the terminal properly and how to work collaboratively on projects. We also learned the work behind ASCII diagrams and really the amount of patience you actually need to hard code it by hand. We also learned about file readers and writers and how they could be implemented to print out text files.

What's next for Lunar Line

We hope to expand this program to cover other stars and planets in space so that you can get your average distance from the continent you are living in. Check back soon for further updates! 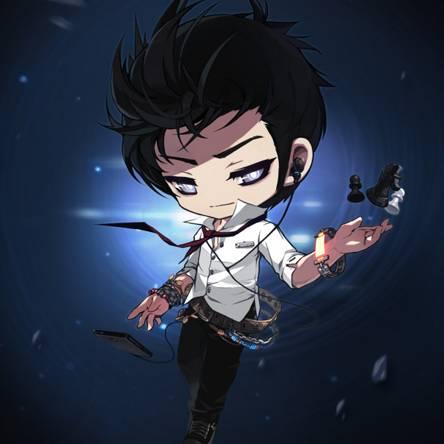