Lookout in a nutshell

Inspired by the Caveat Emptor Tourism problem statement, our solution is called Lookout. It’s a digital ecosystem serving relevant contextual messages and content to educate tourists about illegal wildlife products relevant to their travel destination. The messages and content are distributed wherever the end user is and we focus in particular on embedding impactful messages right into the travellers' flight booking journey.

We aim to form partnerships with governments, the International Air Transport Association but also major airlines, airports and online travel aggregators around the world in order to place contextual messages at key touch points, such as booking confirmation, visa application forms, boarding passes etc. These will use eye-catching messages and visuals, relevant to the traveller's destinations.

To do so, we will use a content generator in the form of a web app in order to generate content and messages that we then distribute to the end user at key touch points of the flight booking journey and relevant to their respective travel destination. At the same time our content generator serves as a secondary web page allowing travellers to find out more information about specific wildlife products and endangered wildlife from the country of destination.

The development of our concept

Our team utilised our surroundings at the ZSL London Zoo to gather critical insight from the actual end user: ‘The Internal Traveller’. We sent out a small research team to ask zoo visitors whether they would engage and download a mobile app providing information about critically endangered wildlife.

Whilst many confirmed they definitely wanted more information about products made from illegal and endangered wildlife, a staggering 86% said that they would not take the time to download a mobile app; taking into consideration that we interviewed Zoo visitors who are highly engaged with wildlife.

The critical insights we gathered and on which we based our solution are:

We came to the conclusion that we had to develop a user-centric solution.

This drove us to create a content generator to power a digital ecosystem delivering eye-catching messages and visuals at relevant and mandatory touch points of the flight booking journey of the traveller; we believe that it is the only moment of the entire holiday where we can catch the traveller’s attention. Upon arrival at the holiday destination, it will already be too late.

To identify the critical and mandatory touch points, we mapped out the entire user journey of a flight booking, step-by-step, in the form of a flow diagram. We could then identify the key non-avoidable touch points in which to feature our high-impact messages relevant to the booked flight destination e.g. flight booking confirmation emails, visa request forms, boarding passes and in-flight entertainment etc.

We ultimately want this initiative to be implemented globally. This is a permanent upgrade to the official messages that airlines, airports and online travel aggregators need to feature on official communications such as confirmation emails, boarding passes etc. We want those wildlife messages to stand next to security and safety messages.

We believe that official bodies such as governments and private airline companies have a vested interest in reducing wildlife trafficking, therefore redesigning elements of their official communications will benefit both us, and them.

Our initiative would not rely on media funding and would therefore be a permanent upgrade rather than a short form ad campaign.

We could however pilot the project on a very small scale with one airline over a short period of time and gradually increase the scale if it becomes successful.

To obtain an accurate dataset for what a tourist might bring back in their luggage from their travels, we collected data from the LEMIS dataset available on wildlifetradetracker.org. After selecting the relevant data, we created a dataset containing, for a given country, the most frequently seized wildlife and wildlife products.

We then used Google Custom search (both for wildlife and wildlife related products) to obtain relevant images. We gathered the conservation status for each species from Wikipedia. This proved sufficient to determine what travellers are most likely to come across at the country of destination. In addition, we built a simple front-end page for our content generator in the form of a non downloadable web application to quickly serve to the users with content regardless of the device used to access it. In order to educate our visitors and not overwhelm them, we followed the golden rule that ‘less is more’ by keeping a very simple interface with the most trafficked species and the most popular products from those particular species.

We will leverage existing critical and non-avoidable touch points such as boarding passes, email confirmations, visa application forms etc. to reach out to our target audience. The power of this will be that we can use multiple touch points at different moments of the flight-booking journey to ensure that the International Traveller gets hit at least once, if not more frequently with contextually relevant messages and visuals. We would also feature different messages and content at different touch points further on to grab the traveller's attention.

In addition we would curate a community using social media networks such as Facebook, which we would use to generate incremental ‘word-of-mouth’ about trafficked wildlife. (Within the first 24 hours, we achieved more than 150 likes on the Facebook page).

Through partnerships with official bodies such as governments, IATA, embassies, major airline companies and travel aggregators, we aim for mass reach, with millions of international travellers exposed. Through the use of contextually targeted messages that are relevant to the travel destination, we will ensure that we catch people’s attention by serving dramatic facts and getting them to think about the consequences of their simple acts of purchase.

We will decrease the demand for products made from illegally trafficked wildlife, to the level where it becomes financially unrewarding. When this is achieved, the hunting of endangered species across the world will itself become extinct. 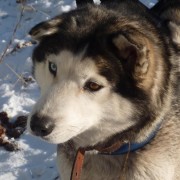