The opioid crisis is a widespread danger, affecting millions of Americans every year. In 2016 alone, 2.1 million people had an opioid use disorder, resulting in over 40,000 deaths. After researching what had been done to tackle this problem, we came upon many pill dispensers currently on the market. However, we failed to see how they addressed the core of the problem - most were simply reminder systems with no way to regulate the quantity of medication being taken, ineffective to prevent drug overdose. As for the secure solutions, they cost somewhere between $200 to $600, well out of most people’s price ranges. Thus, we set out to prototype our own secure, simple, affordable, and end-to-end pipeline to address this problem, developing a robust medication reminder and dispensing system that not only makes it easy to follow the doctor’s orders, but also difficult to disobey.

This product has three components: the web app, the mobile app, and the physical device. The web end is built for doctors to register patients, easily schedule dates and timing for their medications, and specify the medication name and dosage. Any changes the doctor makes are automatically synced with the patient’s mobile app. Through the app, patients can view their prescriptions and contact their doctor with the touch of one button, and they are instantly notified when they are due for prescriptions. Once they click on on an unlocked medication, the app communicates with LocPill to dispense the precise dosage. LocPill uses a system of gears and motors to do so, and it remains locked to prevent the patient from attempting to open the box to gain access to more medication than in the dosage; however, doctors and pharmacists will be able to open the box.

The LocPill prototype was designed on Rhino and 3-D printed. Each of the gears in the system was laser cut, and the gears were connected to a servo that was controlled by an Adafruit Bluefruit BLE Arduino programmed in C.

The web end was coded in HTML, CSS, Javascript, and PHP. The iOS app was coded in Swift using Xcode with mainly the UIKit framework with the help of the LBTA cocoa pod. Both front ends were supported using a Firebase backend database and email:password authentication.

Nothing is gained without a challenge; many of the skills this project required were things we had little to no experience with. From the modeling in the RP lab to the back end communication between our website and app, everything was a new challenge with a lesson to be gained from. During the final hours of the last day, while assembling our final product, we mistakenly positioned a gear in the incorrect area. Unfortunately, by the time we realized this, the super glue holding the gear in place had dried. Hence began our 4am trip to Fresh Grocer Sunday morning to acquire acetone, an active ingredient in nail polish remover. Although we returned drenched and shivering after running back in shorts and flip-flops during a storm, the satisfaction we felt upon seeing our final project correctly assembled was unmatched.

Our team is most proud of successfully creating and prototyping an object with the potential for positive social impact. Within a very short time, we accomplished much of our ambitious goal: to build a project that spanned 4 platforms over the course of two days: two front ends (mobile and web), a backend, and a physical mechanism. In terms of just codebase, the iOS app has over 2600 lines of code, and in total, we assembled around 5k lines of code. We completed and printed a prototype of our design and tested it with actual motors, confirming that our design’s specs were accurate as per the initial model.

Working on LocPill at PennApps gave us a unique chance to learn by doing. Laser cutting, Solidworks Design, 3D printing, setting up Arduino/iOS bluetooth connections, Arduino coding, database matching between front ends: these are just the tip of the iceberg in terms of the skills we picked up during the last 36 hours by diving into challenges rather than relying on a textbook or being formally taught concepts. While the skills we picked up were extremely valuable, our ultimate takeaway from this project is the confidence that we could pave the path in front of us even if we couldn’t always see the light ahead.

While we built a successful prototype during PennApps, we hope to formalize our design further before taking the idea to the Rothberg Catalyzer in October, where we plan to launch this product. During the first half of 2019, we plan to submit this product at more entrepreneurship competitions and reach out to healthcare organizations. During the second half of 2019, we plan to raise VC funding and acquire our first deals with healthcare providers. In short, this idea only begins at PennApps; it has a long future ahead of it. 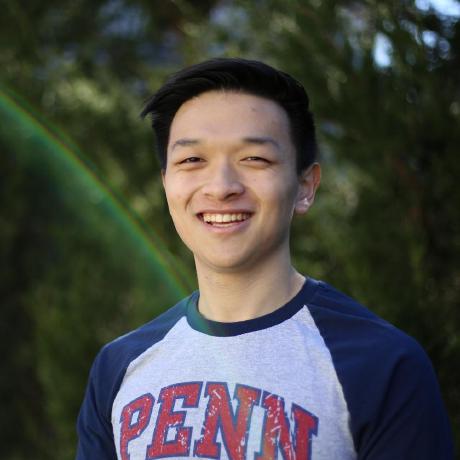