LocalQueue is a Digital Marketplace - a suite of a Consumer Application and a Vendor Application. The former enables consumers to search for vendors and join virtual Queues to their services from the safety and comfort of their homes, while the latter empowers businesses by allowing them to create and manage these virtual queues, thus adapting their businesses to consumer needs and getting access to greater opportunity to expand and thrive.

☑️ Inspiration and The Problem

While visiting the Barber’s on a sunny afternoon a few months ago, it finally occurred to me that the only reason I keep delaying the chore is the_ queue _which I inevitably find every single time. This problem in fact is not just limited to salons, but grips almost every shop and market - and is detrimental to not just the customer but also to the seller. I conducted a survey of over two hundred people to testify this claim and the results were in full agreement - around 60% of people are regular customers at local vendors largely for better prices, accessibility, and reliability but over half of them encounter queues often and report waiting times spanning from 15 to 45 minutes (38%) and even longer (20%) - causing 53% people to delay the appointment and 18% to cancel it. Among the small businesses I surveyed, over 51% have reported unexpected waiting times, and unorganized shopping processes which according to 60% of vendors have caused dissatisfaction due to inconvenience, amounting to a loss in business. COVID-19 has only worsened this situation for over 56% of the small businesses.

My solution to this is LocalQueue - an open and free virtual marketplace powered by a transparent and agile process. The ‘LocalQueue Consumer’ application enables consumers to look for products and services in their locality, compare them, and join queues from the convenience and safety of their homes - only to step out when it's their turn. ‘LocalQueue Vendor’ opens up new doors for vendors who are facing difficulty in acquiring customers by allowing them to broadcast their services and products and compete with similar sellers to mark themselves in the market on equal footing - all through the simplicity of their smartphone. Apart from being an easy-to-use and highly affordable tool, LocalQueue takes it a step further and also fulfills their operational needs through the included Queue and Customer Management System.

My project caters to a wide spectrum of social difficulties. On one hand, LocalQueue is helping citizens resume their normal lives with lesser fear and greater reliability, by transitioning them back into usual buying activity, while on the other hand, LocalQueue is giving a hand to small businesses who have found it difficult to acquire customers due to lack of resources. The high cost of marketing and management services is a major reason behind the limited growth of small businesses. While established businesses could swiftly move to digital systems to reach out to customers, small businesses have found it difficult to survive this gap amidst lockdown. LocalQueue is so affordable that it can bridge this disparity and land these people who need support, on the same footing as their flourishing counterparts. Allowing them to acclimatize to the new times and advancing their growth is one of my main agendas.

LocalQueue stands out from all its competitors through significant foundational advantages in its entire operation. Unlike competitors such as WaveTech, QMinder, BevQ, and Attractions.io, LocalQueue is

LocalQueue is built over a powerful and robust stack of modern development tools. LocalQueue’s sleek and stable platform has been developed for Web, Android, Desktop as well as iOS users - while the backend has been built for reliability and scalability.

After studying the market extensively, I am certain that LocalQueue has a huge potential in the market, given the facts that

In order to validate LocalQueue’s customers’ needs, I conducted a series of surveys in which almost 76% of the people surveyed signed up for early access to both the consumers’ and vendors’ applications. I have received a positive response from my early users, of which, around 54% of vendors reported a rise in sales, 78% of users recommended LocalQueue to friends, and 39% of people rated LocalQueue 5/5 at solving the mentioned issues.

After working vigorously, I put together a fully functional MVP which is already available on the Google Playstore (LocalQueue on Google Play and LocalQueue Vendor on Google Play) and as a web application (localqueue.in and vendor.localqueue.in) - and is under rigorous Alpha- and Beta-testing.

Apart from this, I

LocalQueue has also been offered Pre-incubation by AGBI which has been working in collaboration with the Government of India’s NITI Ayog and AIM. 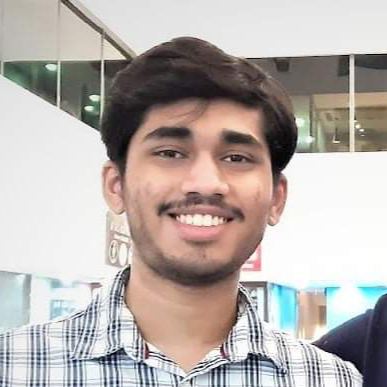