Far too often there are problems in one’s community that take too long to get solved due to the lack of communications between residents and the government. Because of this, our group decided that it is absolutely necessary for people to have a way to communicate and make public any problems that they notice in their community. If people are given the ability to publically share their complaints then it is much more likely that the members of that community will rally behind a cause and the officials will respond to that problem. This is how Localpulse was born.

Localpulse is a crowdsourced city improvement app that allows people to upload pictures of problems that they notice while broadcasting their current location. Some examples of problems that could be reported are graffiti, broken traffic lights, or damaged roads (potholes, cracks, etc.). After a problem is reported, it will be made public and allowed to be voted on.

We built it with modern web technologies, such as Esri ArcGIS, Angular.js, and Ionic on the frontend, and Facebook Parse and Node.js on the backend. This makes the app compatible with both iOS and Android while being able to tap into the native geolocation and camera functionalities of each respective mobile OS.

During the hackathon, we ran into frequent problems with the scoping nature of Angular.js. We encountered significantly less troubles than we expected with ArcGIS, which is the central part of Localpulse. However, in our own error, we ended up spending a significant amount of time trying to convert our latitude/longitude coordinates to a UTM location.

Having had no experience with using ArcGIS or Esri API’s, it proved to be a challenge to read through the extensive ArcGIS documentation and be able to integrate it into our JavaScript-based mobile app. We are proud of being able to complete the integration in the time allotted and learning about Esri’s geolocation technologies in the process.

The next step for Localpulse is to create a more complex algorithm for sorting the submissions. We hope to eventually have a build that allows people to see the highest rated submissions within a certain distance from them. 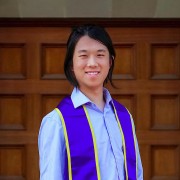