We noticed two big problems in the medical field. The first is the annoying part of being a doctor - inputting data into Electronic Health Records (EHRs). Studies show that physicians spend two-thirds of their time on the job not interacting with patients, but just staring at computer screens. This can lead to physician demoralization and burnout. We wanted to change that.

We also looked at the data on following checklists. We learned that sticking to a pre-made order of tasks during a checkup leads to far fewer mistakes on the part of the physician and dramatically helps patients around the world. We wanted to increase physician accountability to these kinds of checklists.

CheckHealth acts as a digital assistant for doctors during patient visits. Our program is in the background of your general checkup, running unobtrusively on your physician's computer. It listens for key commands that correspond to observations the doctor is making - e.g. pulse and blood pressure. If a doctor misses a step, CheckHealth asks whether he/she would like to cover the missing steps. It then takes all of the relevant information it's collecting and compiles it into a format easily integrated into all of the most common EHR systems. No more time wasted staring at computer screens for doctors! And no more wondering if patients are receiving comprehensive care! CheckHealth handles it all.

We used Houndify API to handle the speech-to-text and a lot of the command parsing, which forms the core of our functionality. We also used a Python backend to record audio, take in relevant patient information, and output a .csv file to be used by any primary healthcare provider EHRs. The end deliverable is a terminal-level Python program that assists physicians during general checkups.

Houndify API definitely had a learning curve and we struggled with sifting through the documentation and figuring out how the specifications would fit with our vision. We also considered writing to an open-source EHR, but because of the technical complexity along with the ultimate lack of ultimate interoperability, we decided against it.

We're really, really happy that we got Houndify API working and our core speech-to-text functionality up and running. We also love that we were able to create a .csv file that basically acts as an activate temporary patient record, which allowed our system to have long-term data persistence.

Of course, we acquired lots of technical skills; half of our team has never taken a formal CS class! We learned key skills in project management and delegation. But, most importantly, we learned that we're much stronger together than we are alone.

We want to integrate with Redox, a web application that shuttles patient information between EHR systems. Becoming a Redox Node means integrability with the vast number of healthcare databases in the Redox system. We also want to see if we can activate our speech-to-text commands sonically rather than manually, so we can make CheckHealth even more frictionless than it already is. We're also considering building out more functionality and improving UX. 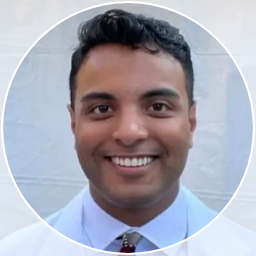