This app has a few inspirations, one of which is http://www.caringbridge.org/visit/allywillen. Ally was a friend of my cousin's and she got lost while trekking in New Zealand with some of her friends due to torrential rainfall and proclaimed deceased. My township has had a few burglaries happen in the last 6 months which has made folks in my community rather jumpy. It is for these instances that we built the panic app.

The concept of the app is to have a one button solution to notify your emergency contacts that you are in trouble and provide them with your most recent location. You set up your emergency contacts' information such as phone number and in case there's an emergency, you push 1 button and the app starts texting your contacts continuously at 15 minute intervals. In addition, there's a breadcrumb mode that, when enabled, simply broadcasts your location making it available to anyone on the web page map.

Among the problems that we ran into today, I had to set up the server on atlantic.net which was quite painful. In addition, working with Esri was a little painful with their documentation. However, the folks at both Esri and atlantic.net were helpful enough to guide us through to building this app, even really late in the night.

Setting up the server from scratch with mongo, rails, nginx, ruby, redis, etc, was a blast and I am definitely happy at accomplishing it. In addition, making use of the Ionic framework is fun to build the mobile app. The gratification of that first text sent with Nexmo's service was just exhilarating.

The biggest thing I learned today was how to set up my own server from scratch. There were lots of fascinating configurations that I had never done previously that I was able to do for this project.

To make PanicApp more real, we'd like to take it to the app store and the play store soon. Beyond that we feel that making a watch app would be beneficial. I also plan on releasing this app in beta to my community of 200 people and testing it out before I release the app to the general public. 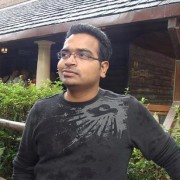