As college students choosing dorm rooms and people soon to be entering the housing market, we were thinking of applications that would make navigating these situations more accessible.

Our hack is a VR environment that is intended to allow users to explore rooms in the virtual world that they would have trouble accessing in the real world. We used LiDar technology to scan a dorm room, then Blender to improve that scan, and BlenderVR to put users into the room.

We took a 3D scan of a Wellesley dorm room and uploaded it to Sketchfab so we could import our model to Blender. Once in Blender, we cleaned up our model and used Blender’s VR feature to make it immersive.

Our original plan was to put the 3D scan into Blender then import the Blender model into Unity as an asset and be able to teleport around/interact with small objects in the room but the model kept importing without the texture. It was really difficult trying to resolve this issue because there wasn’t any online documentation that was helpful in regards to moving 3D scans from Blender to Unity. Luckily, Blender has a VR feature so we ultimately decided to implement our project with that rather than Unity and SteamVR. Unfortunately, this means that we aren’t able to include some extra functionality, such as pop-up texts and interactable objects, into our project as we had hoped.

While the Lidar scan was able to accurately capture most of the room, we noticed some faults in the technology. The scanner had difficulty accurately rendering reflective surfaces like mirrors, computer monitors, and windows, which resulted in blurred, distorted, and missing objects. Many of the small objects present in the scene also came out distorted. Some examples seen in the demo include coffee mugs, books, and lamps. Because Lidar is reliant on reflected light to scan objects, we found that areas hidden in shadows were also lacking in detail and clarity. Despite our issues with some objects lacking in quality compared to the rest of the scan, the main details are comprehensible enough that users are able to get a full experience.

We tried really hard to get the Unity version working, and it was very disheartening to have such high hopes turn into nothing, but we persevered and found another working solution with Blender's VR functions.

We learned a lot about VR applications and their potential uses, along with Lidar technology.

Our project can be applied at a larger scale in terms of college tours and visiting real estate in a virtual setting. 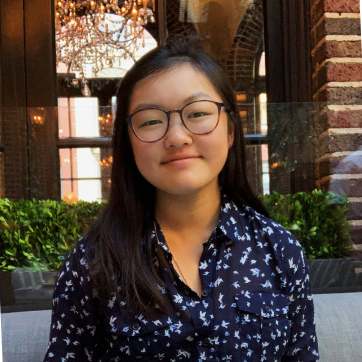