So you can understand how dreadfully difficult it can be to convince myself to exercise everyday. I would much rather play a game than lift some weights. But why not do both at the same time? If we "gamified" the process of exercising, it would be so much easier for me to stay healthy!

Gamification is the implementation of game mechanics in otherwise non-gaming activities to better engage users. It can be anything from "points" to "badges" to "trophies" that the "players" are rewarded for performing their activities. This concept of gamification has been applied to just about everything, but most famously in education, where services like Khan Academy have improved the retention of their students through gamification.

So why not use this gamification in exercising? Introducing LevelUp!

LevelUp will be a webapp that tracks users as they exercise. Initially, it will only track weight lifting, but eventually, we hope to expand it into other exercises, like walking on a treadmill or pulling on a latbench. The users can earn points by performing exercises, and are rewarded additional points for performing a complete workout routine or surpassing their previous repetition count. With enough points, a user "levels up," which earns them

I would love to get this franchised into a gym, where it can thrive off a community of users who could support each other and compete against each other through LevelUp. Although users can always access their personal dashboard for the webapp on their own devices, the gym could provide a community dashboard, where "high scorers" by either day or month are list, along with weekly "grind quests" for users to perform a workout routine to earn bonus points.

LevelUp encourages users to exercise more regularly, which could definitely improve the rate of retention for gyms. In early February, most people quit their New Years Resolution to regularly exercise, which can be seen in the plummet of subscriptions to most gyms. Through the principles of gamification, LevelUp can make exercising at the gym much more engaging, and as such, ensure a rate of retention at the gym.

Be all that as it may, I have not yet begun any sort of conversation with a gym here in town, so until then, the project will remain as an app on android for users to use in conjunction with the lifting weights we'll build around the node sensor modules.

I am very excited about the project, and I hope you are, too! If you have any questions, you can message me at andrewmcp333@gmail.com. Thank you so much for your time! 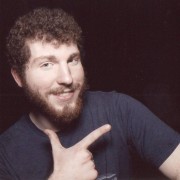