Main motivation of project was to use Leap Motion in some meaningful way to capture motion/gestures and serve some basic need. The Leap Motion device is a really cool device but can be hard-pressed into being utilized effectively without just being used as bona-fide mouse. Thus, a game that is fun and could be improved by basic motion recognition is that of Chopsticks! The background/rules of the game can be found here: https://en.wikipedia.org/wiki/Chopsticks_%28hand_game%29. We were able to create a basic web-app that reads and displays hand-motion data in the browser and runs a stripped down game against another user on the same domain. We also implemented a basic AI to play against human users. Our target user is anyone interested in playing Chopsticks by using a cool piece of hardware and over the internet! We are pretty proud of the basic training we did so that movements were not mis-registered. Future projects could be that of using Leap Motion in order to aid in teaching students sign-language, something that when trained extensively, Leap Motion could surely detect. 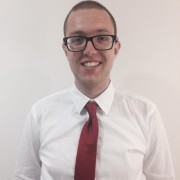