A product of Penn State's Lunar Lion team this semester, LaunchView is a product of necessity, the need to watch groundbreaking live-streams. Missing international live-streams of historic milestones, especially those like the Falcon 9 barge landing, is a criminal offense.

From this problem comes a solution, LaunchView, that alerts a user of launches before they are streamed via SMS, connects the user to streaming information, parses national weather data from Accuweather, displays launch-day forecasts, allows users to donate, and is prepared to let users watch launches in full VR immersion.

A "launch page," no pun intended, was created using HTML and CSS, providing information about LaunchView to new users. In addition to the webpage, a desktop app was created to host the information. The LaunchView desktop app has two main functions: 1) pulling in a live feed from the space-themed subreddit r/space, and 2) acting as a portal to a list of upcoming launches. This list is the main product of the Hack and was created in C# with interactions from XML and a personalized XML Schema, LabView parsing of API JSON output in order to produce location and weather data, and an admin tool that updates the launch XML.

Virtual Reality. On a mac. Hours and hours of issues. Also, finding a way to allow LabView to efficiently communicate with our C# interface was a tough process. With the help of the NI gurus, a dotNet method was settled upon and worked like a charm (if only we had thought of that 5 hours ago).

Creating a THING. With the development of a desktop app, a web launch page, multi-language parsing, and VR demonstrations, we managed to publish a lot of products in the 24 hours (plus or minus some little sleep breaks).

With no team member who had participated in a Hackathon in the past, we we forced to learn how to participate in this event, in both the timecrunch and the team communication. Also, we learned that, with the power of VR, even debugging can be fun.

Virtual Reality! We have a working demo of space-themed museum tours from static panoramic images, and have begun working on video-stitching for VR video immersion. As panoramic video recording devices become more popular, our streaming service on the desktop app can be expanded to watching a launch in virtual reality. 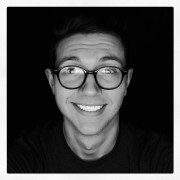