We wanted to build something fun, after several ideas this emerged and our eyes glowed.

It's a game. You play as a robot with a laser and shield trying to survive and destroy the other players. Once dead the player becomes part of the environment and can redirect lasers.

We used LibGdx to do the rendering. Websockets for the communication between mobile and game server. And XBOX controllers for the game testing.

Trying to figure out how to route traffic through the Berkeley network with low latency. I tried tunneling the game server's connection through a VPS but the performance was unacceptable. We ended up using a phone as a hotspot so we could route locally.

It turned out really well and is a lot of fun to play.

You cannot rely on noisy wifi.

What's next for LaserMan 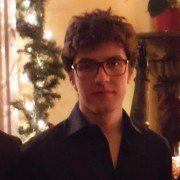