To create something that incorporated software and hardware which could be used for education as well as entertainment.

The laser project bends laser beams to render virtually anything onto surfaces.

We started with a galvo-scanner kit. This kit has two galvanometers which are attached to mirrors, the galvanometers drivers, a power supply and a sample display board. The display board was key to getting the raspberry pi to communicate with the galvanometers. The galvanometers need a signal from -5 to 5 volts to move. We originally started by developing a digital-to-analog converter but realized that we could reverse engineer the board that they had provided. We started off with what looked like the microcontroller (which was unlabeled) and probed the pins until we found the constant 5v and grounds. We did a search for what microcontroller had that particular pin arrangement and found that it was an Intel 5051 or at least a nock-off of it. We then used the datasheet to prob the pins for the data wires. After finding which wires we thought were data we were able to find a chip that was a digital-to-analog converter. With that datasheet in hand we were successfully able to remove the Intel 5051 and replace the signals with that from an Arduino we used to test with. After the Arduino test was a success we swapped over to Raspberry Pi. We then started to write a 3d rendering software for the Raspberry Pi to display 3D shapes using the laser projector.

The inertia of the mirrors caused many issues with using the laser project and having to use delays so that the dot would keep up with the processing power of the Raspberry Pi. We ran into an issue with paths while developing the 3D engine. The engine would return the 3d points but not with the dots connected. We had to develop a algorithm to connect the dots.

Developing the software that communicates with the hardware and making it render 3d.

We learned some of the complications of rendering 3D and communicating over a network.

What's next for Laser Projector

The laser is currently only green. We would like to make it RGB. The 3D library needs more work. 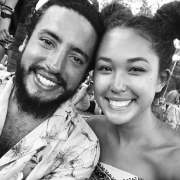