The inspiration to execute this challenge was the need observed in the current scenario where many of us find ourselves working remotely and it is relevant to enable new communication channels between companies and their workers. In this way, seeing that every day more users in the world have an echo dot in their homes, it is a great opportunity to use this device to interconnect work teams and provide them with the most up-to-date information possible.

LARA Persons connects the members of a work team with their organization. In a first instance designed for the human resources area, but with the expectation of expanding it to other departments of the organization. LARA Persons allow employees to make inquiries and requests to the human resources department such as: inquiry of vacation days, salaries, generation of requests and receive notifications from the company. For requests, the information is completed with the generation of documents and subsequent to the email registered by the employee.

LARA Persons, was built with Alexa skills conversations, which provided the corresponding interactions for demonstration, also it uses an example API that is hosted in HEROKU and built with node / expressJS, which is responsible for sending the example emails.

One of the main challenges we faced when building the skill was to achieve the most real interactions possible, similar to as if we were working in a productive environment. To solve this problem, it was decided to create an API that provides different endpoints and that would allow the sending of emails. Another problem that arose was at the time of modeling the skill, since originally it had been thought using the interaction model and there was an adaptation process to use Alexa Conversations, which allowed modeling the dialogues in a more natural way, obtaining as a result a more fluid conversation.

Validate our knowledge of the Amazon Alexa development suite and learn about and integrate the new capabilities that the suite offers, such as Alexa Conversations. These capabilities stand out for their easy learning curve and the simplicity of conducting conversation and testing modeling.

In the process of creating LARA Persons we learned how the new Alexa Conversations system works, creating dialogs, intents, modeling different paths regarding user response, use of variables, publication of the skill and integration with an echo dot.

What's next for LARA Persons

The following steps consider packaging the solution in a productive version that integrates with a human resources management system developed by Gat-Blac, which will enable the features and advantages offered by Alexa to be enabled, especially considering the current scenario in which many companies are in remote mode and using an Amazon echo dot will facilitate communication between companies and their workers. 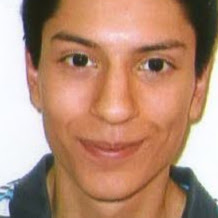