"A Lannister always pays his debts."
"Be a man, do the right thing."

The idea was to use Splitwise API to retrieve existing expenses owed to friends. Followed by using a payment transaction API invoked over a server through Alexa to pay those debts, just because you can.

I decided to stop pursuing this project submission because the use case was not carefully researched: Braintree payments API is used for customer to merchant payments, which is a completely different use case from Venmo, which can be used to transfer cash/credits to personal groups.

However, there are some learning points from this short foray into the AWS developer documentation and console:

APIs that were chosen (albeit with little consideration or research) include the Braintree API, Alexa Skills Kit, and the use of Domain.com's .CLUB domain registration, to which a joke was to be played on a Game of Throne trope.

Details considered for the Voice UX:

Intents have to be manually enumerated in a list of 'Utterances', which is matched through Alexa/AWS's NLP processing.

For the 'magic' to work in creating a smooth voice user experience, there were several key points of consideration as to how money should be referred to:

Also, other considerations on how to follow up (actionable intents) on the newly retrieved information for outstanding debts include:

Although a server could have been easily set up to act as another layer of abstraction for the APIs provided, as the primary use case of resolving the debts could not be solved with the prevailing APIs to be used, I decided to stop work after implementing the following features:

I started off with the Alexa tutorial as viewed on bit.ly/alexafactvid. Since this was a hackathon, I used cookies to skip the much necessary OAuth callbacks for proper RESTful API calls to get the results I want quickly.

My workflow for developing the Alexa skill was as such: 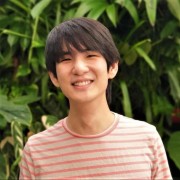