There aren't enough great virtual reality multiplayer games around. Our goal was to make a smooth, quick to pick up, and fun game employing the use of virtual reality through Google Cardboard.

We started with the simple idea of 3D Pong using Google Cardboard. From there it morphed into Pong Around. Our team of three is perfectly balanced between two coders and an amazing artist/designer/UX/UI extraordinaire. This allowed us to divide tasks up rather quickly. There was a lot of unknowns going into this project. We had to get networking going from a rather new system. So naturally one of the programmers went right into learning about and making the network work and the other delved into the game. This allowed the game to be developed mechanics and all before bringing in player two. This simplified the production as well as created a better user experience. While this was going on, our artist teammate created sprites and some general ideas about look and flow.

During development of the multiplayer network we kept running into timeout issues. After significant research we narrowed it down to running out of bandwidth. But we weren't sending very much data! We realized that the type of data we were sending was what was causing the issue. We were sending the location of object stored in a vector. In sending that vector the system didn't just send the X,Y and Z, but it also serialized the getters and setters and creating an extremely bloated piece of data!

We are proud of the whole system. The game is easy to pick up. We can hand it to someone with very little explanation and they know exactly what to do. The networking was the most challenging part. We worked with Unity's new UNET system which is still lacking full documentation. But we got it working and it plays great. To top it of, we polished the game including in cute little sprites and music! We even added music we created at the hackathon!

What's next for Pong Around

We need to make a lobby system for multiplayer as well as allowing users to choose the match to enter so as to play with friends. With those two things we have a game ready to hit the play store and the app store! 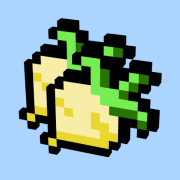 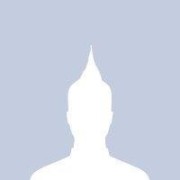