Network transmission over light is currently a state-of-art but immature field of development that has a lot of potential. We believe that this type of data transmission will positively contribute to the field of telecommunication so we decided to create our own spin on the idea. This is where LaFi comes in, where our goal was to create a peer to peer networking interface to demonstrate the possibilities with laser transmission.

Currently, we support any raw data transmission ranging from basic things like text messaging to practically any ASCII based communication. In theory, it has the capability to do everything and anything that Ethernet can do, however due to technical and financial drawbacks we were not able to achieve our full performance.

The project itself consisted of two parts. The circuitry involving the actual connection of the RPis to the components (transistors, lasers, resistors, etc.) as well as the program that controlled data transmission. On the hardware side our project consistent of two nearly identical endpoints. They both have a Raspberry Pi, a photo-resistor and a laser. The laser is amplified with the use transistors which will communicate with the sister endpoint's photo-resistors to provide a binary stream of full duplex data.

We started off this project thinking that we may not be able to complete it, due to many of the difficult tasks at hand. However, now that we are at the end of the hackathon, we are proud of a demonstrable and generally working project.

We learned that some libraries (especially WiringPi) have the tendency to be a real pain. In our testing we found out that the command that WiringPi provides for linux (gpio) can only use one GPIO pin at any point in time.

What's next for LaFi

We were sort of short on time for designing the project to be very aesthetically pleasing. Next steps could be designing an exterior to physically encapsulate the devices as well as overcoming our technical challenges layed out above. 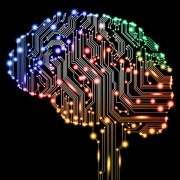