As the amount of satellite images data increases, if finds numerous applications in areas such as natural environment monitoring, disaster response, transportation and infrastructure improvement, among many others. However...

Or worse, it obstructs the image. Clouds are a major issue with satellite images. Machine learning has only recently been applied to this task and the literature is boiling with excitement about its potential.

Hyperspectral is not only fancy

Instead of only 3 or 4 bands (RGBA, multispectral) in an image, we have many wavelengths available across the electromagnetic spectrum. So much for the storage space... but very helpful for data analysis and image processing purposes.

Generative Adversarial Networks are a class of unsupervised deep learning architecture which is extremely successful for a wide variety of challenging tasks such as image synthesis, completion or coloring. The basic idea is to train one network - the generator - to generate an image looking like X, while another network - the discriminator - is trained to discriminate between real images of X and fake ones generated by the first network. It is thus a competition between two neural networks which, after a careful training, can yield surprisingly sharp and detailed 'fake' images.

In this project I focused on conditional GANs, you can see more examples like pix2pix here.

What can GANs do for us?

The basic idea is: Since clouds become more transparent towards IR wavelengths, why don't we use this extra information and have GANs generate the missing patches from below the clouds? I could only find one very recent (Feb. 2018) paper which tackled this idea. [1] showed that conditional GANs could be useful combined with 4-band images (RGBA). It is only natural to think that hyperspectral data should yield even better results.

Ideally we would like to have something that can

But deep learning is a data ogre!

Yes, deep learning usually requires huge datasets. We have 30 images from Satellogic hyperspectral dataset published for the datathon. Each image has 32 bands. Each band can be divided into 300~800 small images (256x256) depending on its size and orientation. That means we could reach a dataset of ~15k hyperspectral images. The pix2pix GAN reportedly can sometimes work with as few as several hundred images, thus we should not run into a major issue due to the dataset size.

What it currently does

"The two most powerful warriors are patience and time" Tolstoy

No, despite tremendous efforts, it does not yet run, so we cannot tell whether it does anything. Some pieces still need to be put together. :-(

Nonetheless what works can be summarized as everything up to the input of the GAN:

With a bunch of Python scripts. My strategy was the following:

'Kumo' is the Japanese word for 'cloud'. 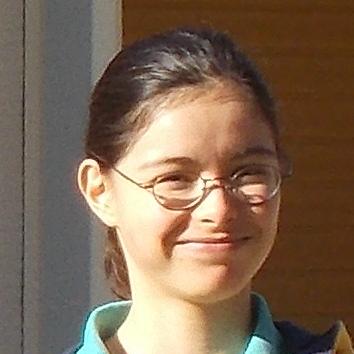