Retrieves debt contract information by ethereum address from loanscan.io and passes it to a credit rating model that assigns a spread on the dharma dai interest rate.

The model was prototyped in Excel and implemented in Python, then later fronted with flask to expose a web service.

We made a thing and it sort of works.

It never hurts to ask.

We'd like to build a more sophisticated credit scoring model, act as an underwriting service, and mitigate Sibil attacks. 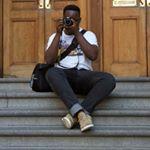