Put simply, we will face deadlier and more contagious pandemics in the future. This is one of the realizations that society, at large, has been brought to. We need to begin developing more effective strategies for dealing with pandemics that address the problem directly rather than delay it.

Although seemingly simple, a lack of sanitization seems to be the underlying factor that makes pandemic grow to deadly heights, especially for non-symptom showing viruses like Covid-19. Unfortunately, our traditional methods of proper sanitization are very ineffective because they rest on the assumption that all people in public are regularly washing their hands, wearing face masks, etc.

Another problem that is evident with our public health responses is the lack of transparency given to people going to grocery stores, restaurants, or any other places of necessity during lockdown. Doing so is a tremendous risk given how crowded these locations can be coupled by how contagious the virus itself is.

With this in mind, we sought to create a novel product solution that integrates both a hardware and a software feature set. The product, which we call Korisio (Greek for "without virus"), comes with an app that is intended to be widely distributed among the public. Statewide, the app can communicate with specially designed hardware beacons that can be set up at the entrances of public buildings like your local department store, for instance.

The functionality of Korisio is quite straightforward. In order to address the sanitization problem described earlier, the hardware-beacon will only allow people to enter if they are wearing a mask and if they apply hand sanitizer upon entering. For the purpose of prototyping, a green LED flashes to indicate that a person can go in. The mask detection software uses a tiny-YOLO machine learning model that we trained using an augmented image dataset of 2310 images. We additionally fine-tuned hyperparameters in the overall structure to improve the model's ability to "generalize". Once a frame is processed by the camera, an accelerated GPU stick on a raspberry pi runs the frame through the algorithm to get a simple "mask" or "no mask" answer. If the person is wearing a mask, they are prompted on the LCD display of the hardware beacon to apply hand sanitizer. The hands-free hand sanitizer dispenser we created will only dispense once the distance/PIR sensors perform a calculation and determine that a hand is beneath it. Now, as you are likely wondering, how is the app involved in this? After applying hand sanitizer, the person is prompted to show a QR code that encodes the person's county location. This QR code is generated via. the app and processed by an OpenCV algorithm running on the raspberry pi CPU. The information on the person's county is important for collecting statistics on where people visiting the public location are coming from. These statistics as well as a calculated risk-rating that uses CDC standards are displayed onto the LCD display as well as the user's phone, which clears up transparency by allowing the person to take necessary precautions upon entering. All of the cloud communication is done via. an API called pubnub. If the person does not have the app installed (which ideally should be installed), then they can say aloud their county location into a microphone that we rewired to function with the raspberry pi. A voice recognition API parses the person's speech and updates the statistics. Once all the above criteria has been met, the person will be allowed entrance. 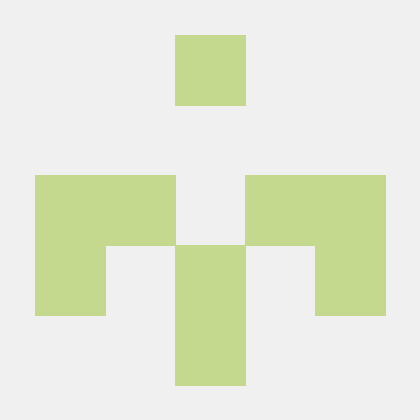