Kollokvium – Connecting people instantly. Online meetings made easy, secure and private for everyone

Kollokvium target companies, associations and individuals. People - both young and old - especially will benefit since the Kollokvium solution is user-friendly. It does not require downloads, no deep IT/tech/computer experience and a session starts by simply by following a link and clicking start. It requires no downloads, signup or verifying email addresses. Unnecessary logins, user registrations and data should not flow through third parties, but between the peers involved in the meeting, this makes the connection private and also resilient against overloaded servers that applications like Skype and Discord experience under high load, which often happens in a crisis.

What inspired us was our experience with other solutions relying on server stability and capacity. COVID19 really showed us all how excluding communication tools are for non-tech savvy people and this is our way of solving it.

The biggest challenges and problems with online meetings via computer/smartphone/tablet we see is integrity and security. Users are forced into what we deem to be: unnecessary user registrations and application of their accounts from social media, while excluding elderly and non-tech people who face an obstacle to solve communication with their families and friends. Kollokvium is an inclusive solution, leaving no one out. Everybody can communicate easy with security and integrity.

Unlike many other video conferencing technologies, we pass everyone’s Media Streams to all participants, rather than sending the to a central media server for mixing the streams, The result is lower latency, better quality, privacy and security, as data flow P2P - there is no middleman involved - except in the setup phase of the room's (negotiation. Nothing is stored at server(s) and data is of course encrypted, our server is just a message broker.

Easy User Onboarding A simple link is all you need to join, this bridges the gap between technically challenged users as there is no installation of software, passwords to remember or complicated sign-ups required to partake in the meetings, this can help families communicate with minimal setup or knowledge required, this is great for the elderly as an tablet or smartphone with a browser is all they need to join the conversation with their families!

Resilience from overloaded servers, in times of high demand servers can be overloaded, this causes dropped connections and sometimes renders the service unusable, while Kollokvium sends data between the users and not via servers it will not be affected by this problem, the servers’ only role is to match up users - afterwards the connection is directly between the users themselves.

Spread the word, make people aware of Kollokvium organically. Additional language support, Spanish, Italian, German, French, Swedish for starters.
Adjust smartphone/tablet front-end + ARIA support (accessible to users with disabilities who use assistive technologies). Create an online-wizard that helps anyone, based on the Kollokvium boilerplate, cook their own service-packages, deploy in their infrastructure, such as Azure & heroku (applies to companies primarily)

Tech Description – How it was Built

Foremost, we have learned society was not prepared for a crisis and that many people (elderly and non-tech savvy people) were totally excluded from social connecting virtually. We need a solution that everyone can use regardless of age or tech experience. We also identified the risk with overloaded servers capacities and endless emails asking for verification. Kollikvium removes all email hazzle and does not overload servers.

Magnus Thor Geek, Lead Developer and founder of thor-io. Magnus has since the end of the 90’s been working with software development, primarily with web applications. Magnus has been involved in several startups and open-source projects. He is an active demo-scener and open-source contributor. His regular job nowadays is in the area of game development and freelance gigs.

Ricky Davies Developer and founder of Cornerstone Ltd. Ricky has been developing web, desktop and service-based software for the past 19 years for many industries including Asbestos surveying and removal, Automotive, Music and many others. Ricky has a passion for interconnectivity and has worked with many technologies including, .NET C#, Javascript, CSS, (T-)SQL, Typescript, Node and many, many others. Ricky loves to do low level hardware (Arduino/STM32) based programming in his spare time.

Megan Gustafsson Geek, translator of geek language to laymen. Megan started out in the 80s as a programmer and Lan admin in the U.S. She went on to Sweden and acted as the interface between the architects and developers at Ericsson IT Test Environment in Kista, been involved in several projects pertaining to the 4G and 5G solutions. Her role was to be SPOC between the developers and the global decision makers. Megan changed career and is now in Culture Anthropology, specializing in 2 areas: Digital Anthropology and the Culture along the South Texas border – deviance, a zone with underprivileged people with poor tech skills, no health insurance, often undocumented people. 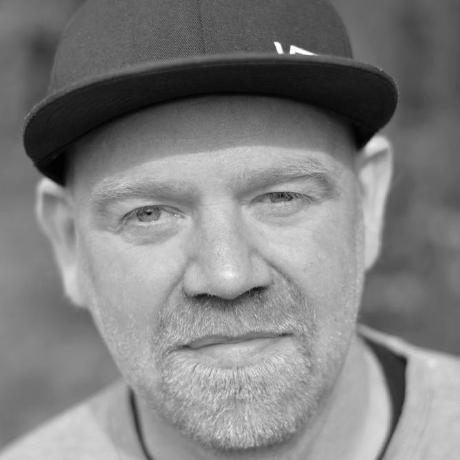