Worldwide, workers in the garment industry suffer from horrendous working conditions and violations of their fundamental labor rights. Often, they are intimidated by their supervisors and afraid to raise their voice as they urgently need their jobs to survive.

Users are presented with a simple survey asking them about the most common labor law violations such as overtime, pay and holidays. Based on this survey, potential violations of the law are identified to raise awareness that working conditions may not be legally compliant. After the anonymous survey, the user has the possibility to directly contact someone how can take actions to ease or resolve the issues. In our special use-case, the garment industry in Serbia is taken for example, and workers are enabled to contact employees of the "Clean Clothes Campaign" anonymously. If the worker is afraid to reveal his/her identity, an anonymous report can be filed which results in an anonymous chat with one of the CCC employees.

In order to give workers a sense of community and enable NGOs to identify problematic hot spots in their country, similar cases are summarized and clustered by region. This is then visualized, e.g. to show the seamstress that several hundred other seamstresses in her region suffer from the same problems as herself and on the other hand to report to the CCC in which region, for example, the minimum wage is often violated.

Although our prototype-presentation is tailored to the Serbian use case, the application itself is sufficiently generalized to survey and collect information about work conditions around the world and to allow workers to quickly and easily check whether they may be affected by violations of the law.

Fully completion of a prototype in under 20 hours.

Sometimes more simple solutions can have a great impact!

What's next for KnowYourRights 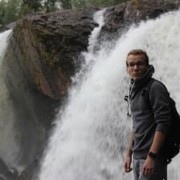