We're all involved in politics one way or the other. Yet, the glaring ignorance of the masses when you move down from the parties to the individuals is staggering. To bridge this gap, we call upon the new age of data visualizers and open-data enthusiasts to put the numbers up for the whole nation to make an impact.

Every Member of Parliament fills an affidavit to Election Commission of India that mentions their education, criminal cases, age, assets and liabilities. We made this interactive map of all constituencies of India that represents this data with a heatmap corresponding to each variable in question. Example: It can be a heatmap of education level of MPs throughout the country.

This will help engage youth with politics and raise awareness among the voters for the people they perhaps voted for. Marking an end to system of electoral politics where the emphasis shifts to individuals rather than the political party they represent. 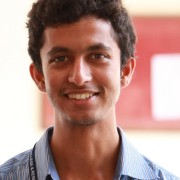