Kimono empowers people to make unbreakable promises about the future.

With secrets that are automatically revealed to the public, a specific person, or a group of people after a specified time, Kimono unlocks many possibilities for decentralization.

Kimono is a trustless, on-chain secret sharing scheme with time locks for Ethereum. And it's all already deployed to Rinkeby!

A secret is split up into n fragments such that only k fragments are required to reconstruct the secret. These fragments are distributed to peers in the Kimono network (we call them "revealers") who compete to post their fragment of the secret when the time-lock is complete. The first revealers who share a valid fragment get rewarded and those who reveal their fragment too early or too late get punished.

We made extensive use of openzeppelin-solidity contracts to serve as the base. We used many crypto libraries to handle signing, encryption, and decryption. We use infura to communicate with IPFS.

While it’s possible to have time-locked secrets by wrapping a series of POW puzzles, this approach is very wasteful of energy and difficult to maintain (since a node has to be “mining” at all times).

Secret sharing is hard. Crypto(graphic) schemes like Shamir's Secret Sharing make it possible to split a secret into many pieces so that a portion of those fragments can reconstruct the secret. But secret sharing is often done off-chain and among a few trusted peers, since anything you post on-chain is public.

The groundwork laid with Kimono can be repurposed to enable many extensions: 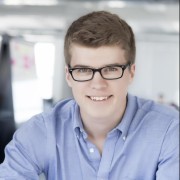