As fans of horror movies and games, we wanted to built a new experience using Microsoft Cognitive Services, original artwork and by maximising all senses of the audience and scripting a story. We were really inspired by the artwork of many horror games, thus we decided to use our own original artwork for the game.

It is a standalone horror game, utilising sound effects, tension and psychological stimuli to enhance the overall experience of the gamer. This was enhanced using live heartrate data, emotional analysis and the element of surprise.

Two of us worked a lot on the artwork, using Adobe Photoshop CS6 (one did mock sketches on pen & paper and the other refined those sketches digitally). The other three members mainly worked on programming, splitting different language requirements for our game.

We found doing the artwork incredibly challenging, as we found that it was more time consuming than we originally thought. Additionally, the difficulty of creating a feasible story line was greater than we thought.

We managed to make a game on which we received very positive feedback from various other IC Hackathon participants (we managed to scare them). We believe the original drawings we produced for the game were very successful and fit the horror atmosphere of the game. Sound effects were used incredibly well in combination with our graphical effects.

What's next for Karma

Although we have plenty of user interaction, we want to further enhance this area, by implementing hand gestures to allow users to interact with the game using the video motion API (Microsoft). If the game is longer, we could store data from the user (given the user's permission of course) into a database and perform data analysis from this. We may continue working on Karma and release it to market.

Thank you to the organisers of IC Hack 17 for organising the best hackathon and the lecturers for coming in on a Sunday. 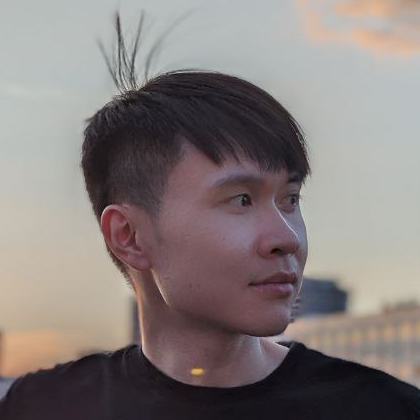