When you're messaging anyone, sometimes it can be a bit difficult to read the mood and the situation of the conversation. Think about when you were talking to someone you liked, or perhaps it was to someone new in a professional environment.

And sometimes, when we are entangled in tough and stressful situations like chasing a deadline or in a heated debate, as humans, we sometimes make the mistake of firing hurtful or negative comments; if only we could have a second chance, or if only there was someone to tell us to slow down, think again, asking, "are you sure you want to send it?".

Through these thoughts, we have developed Kaiwa Sensei, a small chat service that helps you by providing the conversation mood and also, giving you that second chance!

Kaiwa Sensei is a chat extension on Facebook Messenger that users can open up to chat with other Facebook users. It accomplishes two main things.

Firstly, Kaiwa Sensei utilises Natural Language Processing (NLP) to conduct sentiment analysis on messages that a user wishes to send, allowing it to detect whether the message is positive or negative. If Kaiwa Sensei determines that the message is negative, it prompts the user that their message may be potentially hurtful or insensitive and asks if they wish to continue. The user can then choose whether to send their original message or edit it. Kaiwa Sensei even points out specific words in your message that might be construed as being negative or being positive!

Secondly, Kaiwa Sensei taps on the pre-trained NLP model TorchEmoji to determine the emoji usually associated with the messages being sent by the two users in the conversation. It then displays this emoji on the bottom, visible to both users. This makes the ‘vibe’ of the conversation more transparent and enables people to better understand the impact that their messages could have on the other party.

a. Takes the message and dynamically updates the web interface to allow the two users to communicate to one another.

c. The chat service then also manages the storage of users and user messages where we used SQLite.

As none of us had experience in PyTorch or Messenger, the Hackathon has been a challenging but enriching experience over all. We had no experience in networking fundamentals either, hence Heroku and ngrok were novel tools for us as well.

Our initial ideas were ambitious and fun, however the more we started to develop, the more we realised that some of the ideas were unachievable currently with our level of expertise in PyTorch and tight deadline. Therefore we had to improvise our solutions on many occasions which made the overall vision of the product waver, as well as create numerous frustrating bugs to fix.

Trouble with Messenger: We felt that the Messenger tutorials weren’t clear, and there were many links and variations of the tutorial to create a chat bot. There were too many links that led to the same web page or section, which made the steps convoluted and confusing at times. Some tutorials asked us to use heroku, some asked us to use ngrok, therefore it was very troubling to debug as the tutorials only provide a brief overview of the code, not providing the explanations. There was a caching issue with our website as well while we were testing out our ngrok server, a certain .env variable was refusing to be updated and we were scratching our head the entire time, so it would be preferable in the future if there was an indication of this particular caching issue.

Trouble with PyTorch: The PyTorch tutorials have been helpful, however 2-days only allowed our team to gain a shallow understanding of the platform and applications, making it difficult to create anything remotely useful with ML. There were certain intricate use cases that bypassed our NLP sorting algorithm which we did not know how to fix due to our limited understanding of PyTorch.

We originally wanted a messenger bot between two people to carry out the functionality mentioned above. Unfortunately, this was not possible. Additionally, we wanted to conduct sentiment analysis on a user’s text messages before the other party received it. This was also not possible because there was no webhook for it. However, we managed to create an innovative solution with a chat extension. This extension allowed users to interact easily while still enabling us to flag out potentially harmful negative messages.

The idea for the NLP engine to process and give us the mood of the sentence was comfortably achieved through the pretrained TorchMoji model. However, when we wanted to highlight which words the user should change in the case that the application decides the user should review the message, we realised how difficult it is to grammatically classify a sentence. Instead we opted to create our own static dictionary of negative and positive words. We then checked every word of the sentence to identify whether the word carries a negative or positive connotation. Doing so allowed to identify which words the user might be interested in changing.

What's next for Kaiwa Sensei: Sentiment Analysis of Messenger messages

The app will display different possible "vibes" for the conversation and the user will be able to select the desired vibe. Then, the app will give sugestions about which words can be changed show a flowchart with the most 5 dominant emotions allow the user to chose the tone of the conversation (formal, semiformal, informal) and warn the user when the other party changes the tone display statistics representing daily, weekly and monthly vibes of conversations display users' engagement in conversations warn the user when the message contains opposite emotions (e.g. detect irony). 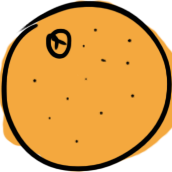 Best hackathon experience of my life!!!!