E-cigarette use, specifically Juuling, has become an increasing public health concern among young adults and teenagers over the past few years. While e-cigarettes are often viewed as a safe alternative to traditional tobacco cigarettes, e-cigarettes have been proven to have negative health effects on both the user and second-hand smokers, as shown in multiple CDC and Surgeon General reviewed studies. E-cigarettes also still contain the active ingredient nicotine, which is a well know addictive drug. Yet, students across the United States on high school and college campuses continue to vape. For us, high school students, it is common sight to see classmates skipping class and “Juul-ing” in the bathroom. The Juul is one of the most popular e-cigarettes as it has a sleek design and looks like a USB drive. This design coupled with the fact that there is no lasting smell or detectable smoke, it makes it easy for users to go undetected in the high school environment. Moreover, this results in students not receiving help for their addition or even realizing they do have an addition.

Juuly the Bear is intended to fight the growth of vape culture by creating a counter culture that actively discourages Juuling while informing users of dangers. It does this by using computer vision to analyze the Instagram account of an inputted user. The program flags images it detects to be of a person using an e-cigarette. If more than 40% of the images analyzed are of a person vaping, the user is classified as a “frequent e-cigarette” as defined by a study by Jung Ah Lee (2017), and categorized as high-risk for nicotine addiction. Juuly will then automatically message the high-risk user on Facebook Messenger informing them of their status and suggestions on how to cut down on their Juul use. Juuly will also provide external resources that the user can utilize.

We built Juuly’s computer vision using the Clarify API in Python. First, we trained a machine learning model with images of e-cigarette users actively vaping. We then tested images of other vaping people to evaluate and further train the model until a sufficient accuracy level was reached. Then, we used the library to create a data scraping program for Instagram. When a username is inputed, the program gathers the most recent posts which are then fed into the computer vision program, analyzing the images with the previously trained model. If more than 40% of the images are of vaping, a Facebook Messenger bot automatically messages the user with warnings and resources.

We ran into many challenges with implementing Juuly the Bear, especially because the technology was initially foreign to us. As high school students, we did not have a huge background in computer vision or machine learning. Initially, we had to completely learn the Clarify API and the Facebook Messenger API. We also had a hard time finding the design and thinking of a way to maximize our outreach. We decided that adding a bit of humor into the design would better resonate with teenagers, the average age at which people Juul.

In addition, we were unable to successfully when trying to combine the backend Juuly program with our frontend. We initially wanted to create a fully functional website where one can enter Instagram and Facebook profiles to analyze, but when we had both the front and back ends completed, we had a hard time seamlessly integrating the two. In the end, we had to scrap the front-end in favor of a more functional backend.

As a group of high school students, we were able to use many new tools that we had never encountered before. The tools described above were extremely new to us before the hackathon, however, by working with various mentors and continually striving to learn these tools, we were able to create a successful program.

The most successful part of the project was creating a powerful backend that was able to detect people Juuling. By training a machine learning model with the Clarify API, we were able to reaching over a 80% accuracy rate for the set of images we had, while initially we had barely any knowledge in machine learning.

Another very successful part was our scraping program. This was completely new to us and we were able to create a program that perfectly fit our application. Scraping was also a very powerful tool, and by learning how to scrape social media pages, we had a lot more data than we wouldn’t have had otherwise.

What's next for Juuly the Bear

Our immediate next step would be combining our already designed front end website with our backend. We spent a lot of time trying to understand how to do this successfully, but we ultimately just ran out of time. In the future, we would optimally partner up with major social media organizations including Facebook and Twitter to create a large scale implementation of Juuly. This will have a much larger impact on vape culture as people are able to become more informed. This can have major impacts on public health, adolescent behavior/culture, and also increase the quality of life of all as the number of vapers are reduced. 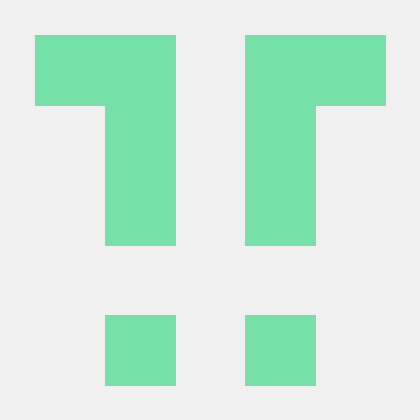