JustRun.It is a web application that allows users to write, run and share code snippets in any language* from a web browser A.K.A JSBin for server-side programming languages.

Users are freed from the hassle of setting up a language runtime just for writing a short block of code in it. Developers can now share code along with its runnable execution context with their peers.

Who is our Target Audience?

Things that we are particularly proud of: 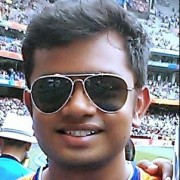