What does the Jukebox featured in the book The Hitchhiker's guide to Galaxy look like from an Interplanetary perspective?

For example: How can a Hooloovoo trust and share a Universal Playlist with a stranger of the Krikkiters humanoids species without a consensus mechanism in place? Hint: It just can't.

Caveat: The only known exception of species to not enjoy the features of blockchain technology would be the species Hrarf-Hrarfy who's life actually flows backwards in time and won't draw any benefits of a block height aligned with the arrow of time, since it will be ever decreasing.

It syncs and plays a playlist all over the known Universe.

Curators of songs are added by already existing curators, as a friend invite type of system. Any user with a Ethereum account and 25 cents worth of ether can queue a song to be played.

It's a smart contract managed Universal Jukebox where songs can be put into a queue by inserting a "quarter" (in eth), the songs are served over Swarm and played by the web client.

The smart contract is built and deployed using Superblocks Lab. The web client is built with Angular and web3 and can upload songs to Swarm. Metadata of songs, for things like artist and track title, are stored in the contract to help them be searchable within the web app.

Getting Swarm to work. Lots of tedious work to analyze network and (micro) instance overload issues.

We managed to keep the scope of the project to a feasible level even though we have lots of features we want and can extend it with. These would include features such as voting on songs, royalties of songs played, etc.

Our goal was to make Jukeblox as decentralized as possible and without any centralized backend serving the client. We created an algorithm for managing the playlist's time flow, knowing which songs were already played and which song is playing right now, and how many seconds of playback of a track have already elapsed, and we did it all without having to resort to some centralized state management such as Firebase nor a decentralized one which would cost ether to run.

We are really proud and pleased with the professional look our project already has.

Projects run over the network at a hackathon can be troublesome due to possible IFI issues and low throughput.

Always keep the scope to a minimum to actually have something done and be able to enjoy the ride, even though you of course will need to work through the nights. Endlessly. And, really, just never sleep ^_^

We're also looking for a crafty way for users to manage equivalency settings for how much a "quarter" is, the limit of song length accepted, and the max length of the queue.

Our penultimate goal is to host our entire dApp on Swarm or IPFS and connecting an .eth / ens address to it. We don't plan to stop until we can finalize the decentralization!

We're thinking about how we can scale Jukeblox from handling a few hundred songs, to tens of thousands of songs. This is where indexing and searchability becomes a challenge because we don't neccessarily want to store track metadata any longer in the smart contract at that point. 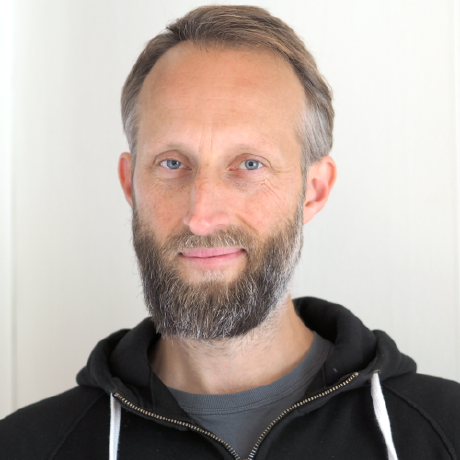