A huge amount of COVID-19 centric news are published each day. Some are true, some are suspicious, some others totally fake. In the era of social media, it's proven very hard to be a well informed citizen. We created A collective of 60+ journalists, developers, rewriters, correctors, project managers and more willing to fight fake news.

We built a 100% virtual and open newsroom where everyone is working together towards the same goal, under the same values : Expertise, Credibility, Transparency and Agility. Anyone can ask us to verify a suspicious publication. Everyone can see how we do it.

We build an infrastructure that:

During the hackathon, we launched checkmy.news an English language version of JS.

We also could rely on skilled professionals from the media field from Belgium, France, Finland, Germany, Italy, Switzerland and more.

We designed and set up an Airtable environment where our journalists can store all the data generated during their investigations. This collaborative tool can be entirely tailored to our specific needs and serves as a place to store and classify dubious publication (for active work and later research), as well suspicious sources of information as building video script.

We linked Airtable to a custom-made EtherPad solution (open-source collaborative edition tool) in order to provide our journalists a Content Management System where they can write publications using Markdown syntax.

Our Airtable is also linked to our custom-made website where our readers can follow in real time live the investigation of our teams by joining the Open Newsroom. They can also participate in the investigation if they have information using the form included in each investigation page.

After having built a strong dataset of fake news spreaders we are now working on a tool who could help our investigation teams to work on a topic before it spreads.

We faced a lot of challenges on our journey from moving to a simple Facebook group idea to a 7/7 working newsroom producing daily fake news debunk.

We are proud of having build an entirely virtual newsroom in less than a month starting from nothing except of our knowledge. Our newsroom is currently producing a debunk per day and handling more than 25 investigations in the same time.

We worked several times with established media companies in France such as France Info and building partnerships with them to spread in more channels our content or produce new content with them.

We build an entire video production department in a month able to write and produce social media video adapted format in a day or less.

We created an Open Newsroom where we are totally transparent on our processes. Every citizen can follow in real time what our investigators are doing while keeping for them and our investigations all the necessary privacy.

We build a democratic organisation where everyone is involved applying the best of the class models.

We are not fearing to fail, we are learning everyday and are able to adapt our organisation in order to improve ourselves.

We are united as journalists, experts, developers, citizen to have an impact.

We confirmed something we already strongly believed in: all united across borders, there is no limit to greatness. Who couldn't have imagined 6 weeks ago that we would have reached such milestones?

We learned that tackling fake news is not only a journalist's work. It requires data scientists, developers, psychologists, product designer, project managers and even more.

There is no such thing as "one absolute rule" to follow or robot to build, we need to work as a united organisation to tackle this issue properly.

We learned to work united.

What's next for Journalistes Solidaires

We came up with the idea to try to tackle fake news at the source, before they spread instead of trying to contradict them one it has reached a large audience. The idea of the tool we are willing to develop would be to help our newsroom to maximise the chances to debunk fake news as early as possible so that the truth and well sourced content are spread before fake news.

So we would like to form a team with Machine Learning / Natural Language Processing specialists, behavioural science specialists in addition to our existing team to build a model that can:

The tool should be able to notify our newsroom by itself when a piece of misinformation is susceptible to get viral so that we can work on the topic before it spreads. This notification is a simple URL to be called by the tool with params (Discord hook).

We bring in this project a large set of suspicious sources, in French and English, and the knowledge of our journalists in the fake news creation process and their spreading. We can also help to get the ressources needed to have our tool running quickly. Lastly we can bring a large set of fake news debunking in French. 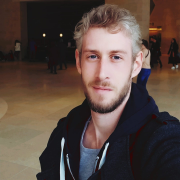 We will be running a first round with people interested in our project tonight at 5pm CET on Discord. Join us at : https://discord.gg/sbaPE3 and mention you are from the EUvsVirus event. Our team will welcome you !

Talk to you soon !