Dashboarding tools like redash and superset give power to the users in terms of creating their own dashboards. I wanted to do something similar but using JQL instead. Existing charting solutions are either too simple or too complicated, I wanted to create something in between so that folks are able to create complex charts without delving into expensive third party products.

It allows the user to create customizable charts and tables purely through JQL. Users are able to generate multiple charts from the same table source and also have the ability to export the table to csv for consumption elsewhere. Users are also able to even create text widgets that are powered by Markdown.

I used atlassian-connect-express to build everything. API is mostly driven by graphql and I used typeorm as the db modeling layer. The frontend is purely made out of modern react.

I also realised codegeist was happening 2 weeks before the deadline so I'm proud that I was able to wrap up the mvp and have something deployed. Throughout the process I also managed to submit a bunch of PRs into the ACE framework, mostly around code maintainability so that future developers have an easier time reading the code.

What's next for Dashbodo for Jira - JQL powered dashboards

More chart types and charting options. Introduce more widgets to be added to the dashboard. 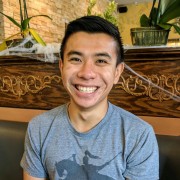