Ridiculous Rift is a 3D world controller, which we put to use to maneuver a plane over (and sometimes under) the Grand Canyon.

We used C++ for the OpenCV portion, and piped position data over standard out to a python-based OpenGL renderer.

OpenGL is a beast with many horns. We got poked sometimes. Particularly by texture mapping, trying to include a skybox. It's also interesting that we have to re calibrate our tracking program due to lighting changes (Like after the sun goes down / comes up).

Relatively stable 3D motion tracking with arts and crafts supplies is pretty cool. Throwing together a flight simulator with nothing but some openGL and a grand canyon mesh also isn't bad.

We learned some math, and how to use some of the most ubiquitous libraries in the computer graphics world. Linear algebra is it's own reward, don't you think?

Added checkpoints to flight simulator, boosted numerical stability of controller output-- now guaranteed to be either nan or an orthonormal matrix 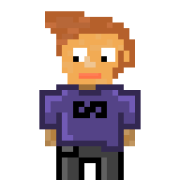