We went to a party and the DJ sucked. Unfortunately we both have iPhones so we can't actually pass off the aux cable to get crunk. Now we can all queue up a song and boo the ones that suck!

Using the app, a user can create party queue which other people can join with a unique party code. The app then will play through the queue, leaving you to connect to a speaker or to a TV.

Users can visit the party aux page to make song requests, view the queue, see what's playing, and boo at the songs they don't like to vote it off the queue.

The app was built using react-native with a websocket connection to the elixir backend. The entire lobby/song request system was built in elixir using the Phoenix framework.

Originally we built this on top of spotify, but unfortunately, their web playback sdk is relatively new and we weren't able to fix our link issues given the time constraints, since this was our first foray into react-native.

I managed to write more elixir code for a backend like this than I ever have before. My teammate had a good learning experience with react-native too, and we both found a good rhythm for development that we hope to bring to the next hackathon!

What's next for jamstack

We're going to fix the Spotify API for sure. Then we're definitely going to have to stick the backend on a server, then we'll be testing at a party near you! 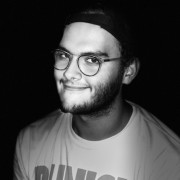