The Story Behind Our Device

One team member, from his foot doctor, heard of a story of a diabetic patient who almost lost his foot due to an untreated foot infection after stepping on a foreign object. Another team member came across a competitive shooter who had his lower leg amputated after an untreated foot ulcer resulted in gangrene.

A symptom in diabetic patients is diabetic nephropathy which results in loss of sensation in the extremities. This means a cut or a blister on a foot often goes unnoticed and untreated. Occasionally, these small cuts or blisters don't heal properly due to poor blood circulation, which exacerbates the problem and leads to further complications. These further complications can result in serious infection and possibly amputation.

We decided to make a device that helped combat this problem. We invented IoT4DPC, a device that detects abnormal muscle activity caused by either stepping on potentially dangerous objects or caused by inflammation due to swelling.

The technology behind it

A muscle sensor attaches to the Nucleo-L496ZG board that feeds data to a Azure IoT Hub. The IoT Hub, through Trillo, can notify the patient (or a physician, depending on the situation) via SMS that a problem has occurred, and the patient needs to get their feet checked or come in to see the doctor.

While the team was successful in prototyping data aquisition with an Arduino, we were unable to build a working prototype with the Nucleo board. We also came across serious hurdles with uploading any sensible data to the Azure IoTHub.

What we did accomplish

We were able to set up an Azure IoT Hub and connect the Nucleo board to send JSON packages. We were also able to aquire test data in an excel file via the Arduino 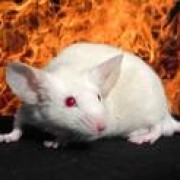