Every minute, thousands of patients worldwide are administered an insulin dose. Unlike syringes, pills and IV`s, which are immediately discarded , the insulin pen is reused multiple times for the same patient.

The situation right now is as follows: At the patients dosage time, the nurse goes to the hallway medicine cart, picks out the patients insulin pen by matching his name on a large sheet with the number on the pen, administers the insulin, and returns the pen back to the cart.

Very often, between going to and fro to the patient, the nurse gets distracted with other work and misplaces the insulin pen. Sometimes the small font and large lists confuse the nurse and she mixes up the pens and users.

In-Track is a carrier for insulin pens, that takes advantage of the already color coded bar codes to track, monitor and log insulin pen usage in real time and notify the nurse and the management via text and emails. 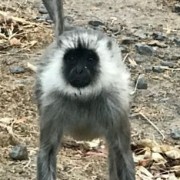