Wi-Fi network makes it possible for the public to connect to high-speed Internet with their hand-held devices. Typically the quantity and functionality of wireless access points determine how many clients are able to connect simultaneously. While the geo distribution of the wireless access points is usually static, the population is moving from time to time. You might have the experience of being unable to connect to the public Wi-Fi network of an event, a festival, or under any other situation where there's a large quantity of people with their wireless clients getting together.

Public Wi-Fi service extending has never been so easy! In order to provide a fully comprehensive public, temporary and event wi-fi service automatically, the Wi-Fi Extender Bot hangs around the public area and actively scans the availability and quality of the Wi-Fi network in different spots with its built-in monitoring mode. When a poor connectivity is detected, the bot automatically determines the best spot for it to extending the existing Wi-Fi network and thus forms a temporary Wi-Fi access point to make the networking experience better than ever.

In order to determine the connectivity of a known Wi-Fi network, several methods have been applied. The bot scans the strength of Wi-Fi signal and runs speed test to determine distance to the nearest Wi-Fi access point, the latency, and upload/download speed of specified public Wi-Fi network.

Given a set of data that are lower the preset threshold, the bot stops moving, and starts to enable network bridging feature to create a temporary Wi-Fi network and deliver high-speed wireless network to the public.

As the temporary Wi-Fi access point accomplishes its mission, the bot starts to hang around and scan the Wi-Fi network again, getting ready for the next high-speed network delivering.

A Raspberry Pi is the essential part making the Wi-Fi Extender Bot so intelligent. The Pi receives the distance data from an ultrasonic sensor to determine its path. The built-in wireless interface and an external USB wireless adapter work together to scan the Wi-Fi connectivity. They also play the duet of wireless bridging and repeating to provide high-quality wireless network. The motors are directly controlled by the MSP432 micro-controller from Texas Instruments. MSP432 returns the distance data from the sensor to the Raspberry Pi.

At first, we determined to work with the Dragon Board. However, some descriptions in the documentation of the dragon board were found to be imprecise and even deceiving. It was said that the monitor mode of the wifi of the dragon board is supported. However, what I found is that the monitor mode could be enabled, however, we cannot use any function of the monitor mode. It returned nothing more than an empty line. As a result, we switched to the raspberry pi. The TI-RSLK kit was also very hard to work with. We encountered several linking errors of the compiler and, finally, we switched to a third-party IDE to upload the program to the robot kit.

Finally, we have the robot ready to move around the room and capturing Wi-Fi data. We are able to not only test the signal strength and quality of the wifi but also test the latency and bandwidth of the wifi at a certain point. We also tried to analyze the wifi signal statistics at serval points in a room and build an algorithm to determine where the robot should go to act like a wifi extender.

Unlike the labs or projects we build for class which often comes with complete direction and been pre-tested by TA and Professors, the project we did here often need to rely ourselves to find inspiration, deal with problems that never seen before and find resource in unfamiliar areas. This process give us vital skills, experience and confidence in working in an industrial environment and constructing more projects on our own.

The Intelligent WiFI extender Bot will incorporate complete indoor and outdoor mode and their functions. The indoor mode can inout indoor CAD map from the construction company and work with iBeacon then able to walk around the indoor area to detect wifi signal and bridging in potential areas. The bot will rely on GPS in outdoor mode and return the location of weak signal areas while bringing Wifi bridging to that area temporarily. The bot will be able to return and recharge. The out door mode can be used in areas with large crowds(assemble site, sport matches etc. ). 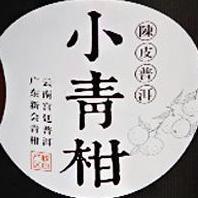