In these trying times, students all around the world are learning virtually through video calls and online websites due to the pandemic. They are required to sit in front of a computer, watching a lecture for 6 hours, shattering the interactive nature of in-person education. As a result, learning becomes very boring for many students, causing them to drift off and lose focus as well as not being effective for teaching. In other words the education of 2.2 billion children in virtually every single country in the world has been and still is being impacted negatively by the pandemic. By leveraging VR technology, we allow physics students to experience their labs first-hand in a 3D environment as if they were in their classroom.

We used Unity to build the environment and C sharp as its scripting language. With the Oculus Integration Package, we can add preset elements into the virtual scene, such as first person control, input API for the controllers, and world rendering features. To further spice up the scene, we added sky features and a gradient sunset to increase the realism and aesthetic. We also added trees, rocks, and fences.

The most challenging aspect was integrating the Oculus VR with the Unity 3D software. We added an OVRPlayerController, which included an OVRCameraRig that handled all of the 360 VR movement. We also had to make the controllers be able to grab onto objects and throw them. In order to accomplish this, we added OVRGrabber and OVRGrabbable scripts to the hands and the objects. 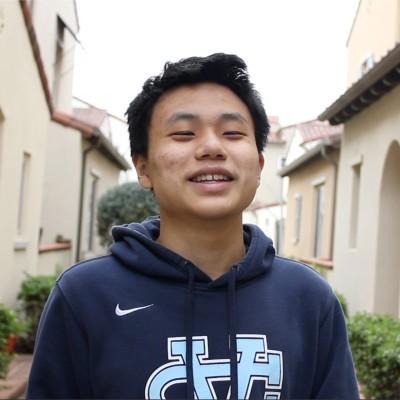