On brainstorming on a problem statement on providing solutions aimed at how to make the educational institutions function effectively during and post the global pandemic, we researched upon the points where such institutes may lack the norms specified for reducing the risk of spread of any communicable disease like the global pandemic COVID19, which resulted in figuring out the points such as students visiting the classroom lectures, laboratory exercises, examinations, canteens, library, nearby shops especially for students in a residential institution where on any usual day a large number of crowd is visible due to which it makes the spread of such diseases to increase rapidly and making the trace of the contact very difficult because of such large gatherings altogether with an uncertain chaos. Thus, we present a user-friendly feature rich mobile application called Inoric which aims at providing solutions for carrying out all the functions in a usual institute with increased chances of maintaining specific norms of social distancing and hygiene.

Module 1: Visual Lectures, Laboratories, Doubt Support: ​ With the usage of modern technologies like AR/VR we plan to build a visually rich framework where classroom lectures as well as laboratory exercises can be recorded, shared as well as viewed both in live and recorded formats which will thus help the students to view those in almost real life view even when used remotely, thus gain practical knowledge yet not visiting class when sought extreme necessary. we have also developed a dedicated Doubt forum and chatroom system where students will be allowed to clarify their queries. There is also a dedicated section with real time sharing options, where books, calculators and other related stuffs can be easily shared among individuals.

Module 2: Smart exams: ​ We also plan to integrate a testing module which will be made using advanced security features which uses modern ML methods to prevent malpractices and yet aims to provide multiple methods to examine the understanding of the students and for conducting major academic examinations, we thus plan to make multiple methods fro carrying out the examinations in forms of both written and viva mode. In integrating both these feature, we will also build an academic check module to be used to keep a check and track of the performance and progress of the student. In view of this, we will also prepare a Faulty’s application to be used in creating the required lecture content and examination material.

Module 3: Find my way!:​ In modern major universities having huge campuses where a huge number of students are enrolled every year, it is very difficult to maintain social distancing among every person, especially when someone wants to visit any place where they are uncertain about the crowds already present at any certain location or might be present later. Thus we aim to develop a route prediction using modern algorithms which will help to find the best route in travelling from one location to another and that too with the minimum amount of crowd and traffic possible. The process works in two ways, firstly live data collection where information about crowds will be extracted by people already present in the route having the application whose GPS data(for smart phones) and GPRS data (for feature phones) will be used to find aggregate crowd at certain locations in the campus and with this data being stored everyday, we can also analyse the timings at different locations where the usual crowds can be present and thus using all this aggregated data, we can predict a route with minimum crowd which will surely help the students, faculty and every member of the institution to find the best and shortest route possible with the least amount of crowd thus to maintain social distancing.

Module 4: Hear me!: ​ In modern colleges and universities we often require to use services which require touch to be used such as buttons in lift etc. which are a potential transmitters of such communicable diseases, thus we aim to create modules using interconnected IOT devices to be used to limit this touch using automatic voice and gesture commands wherever they will be needed. On some research of the planned technology, we found that the hardware technology to be used can be implemented in a very cost effective way and thus may help us in reducing the usage of sense of touch in various places where it is used thus restricting a fairly potential transmission channel.

Module 5: Help me Pal! : ​ In an attempt to reduce many unnecessary travelling and thus avoiding having contact with people, we aim in making an avail and chain concept which might help in reducing many unnecessary crowds. For explaining the module properly, we would like to provide examples in support, lets say a student is in need of any particular book from library and before visiting the library he just puts a request in the application for searching any other person in their vicinity who had already subscribed to that book from the library, and then on putting a request to either share or hand over the book, the library authorities and both the students are informed about the same, and thus the subscription information of the book is transferred from one to another without even visiting the library by any single person, thus avoiding many unnecessary travel, secondly, suppose any student has to pickup any delivery which is waiting at any location say the institute gates, before visiting the location if he puts a request to the application to check whether someone is already in the location before to receive the delivery on his behalf and then just forward the item. In doing this we can also employ a reward system for people transferring the product and a chain system which might help when direct contact or transfer cannot be made when it can be made in partitions where one person giving the commodity to one and the chain continues according to the feasibility until the thing reaches the person who initially requested.

For creating the mobile application in basic we used the React Native framework for the frontend and nodejs with express in the backend, for the database management, we used the MongoDB, for accessing Maps data we used both Google Maps API and the Here Maps APi, for creating the AR content we planned to use the echoAR platform, for using Machine learning modules we used the IBM Watson studio for its various tools.For creating the tools such as crowd prediction, we aimed at fetching information from 3 sources which includes using some standard APIs(Google Maps API, Here Maps APi, and Precision Location APi), and using information from the users logged in at any wifi devices currently at any location. For creating the smart exams module, we planned to make use audio/video based AI/ML techniques to conduct examinations at very ease with much security, for students appearing we are using NLP techniques to convert the oral answers to textual data and even using computer vision to capture answer from student if they uses a pen or any pointing device and wave that in air, for securing it from malpractices, we are using computer vision techniques to have a check on the sentimental facial data to look after any possible malpractices. For the Keep me safe module, we are using bluetooth technology to know about people we have interacted with. For the Hear me module, which requires some specific large scale implementation which we have planned in developing much better in future scope where appropriate IOT devices will be used to be in-sync with the mobile application and will be used in reducing touch based interactions for examples in authorization to a much extent.

Making such a sophisticated application with such varied support was a challenge in itself in such a short span of time with ideations taking place in between. At first we faced a lot of difficulties in making, using and integrating the ML modules, then again we also faced difficulties in using the AR content and development in scaling of the project. While researching about the project we found the problems which are affecting the educational institutions in carrying out their works in normal functioning and while developing solution for that, we need to think about various intelligent solutions, say for example we needed to think upon a platform for proper integration of the hardware sources of data, making the application robust as much as possible In accessing the maps and location information, we need to research heavily as Google Maps API provides very limited data for free users, and in its replacement we have used the Here Maps API, now for having much more accurate data for even people having the old feature phones, we planned to use the Precision Feature API from IBM watson studio, In planning the scalability of the project, we researched a lot about how we can implement this project practically in educational institutions and for their proper management, for which we covered various sources and developed plans for their extended usage.

We are really proud in creating such a sophisticated application in such short span of time having such varied range of features and we too plan to implement the project in large scale availability for the use of a large number of people and thus helping the process of education prosper everywhere. Working in a team continuously with full of dedication and making a smart, interactive yet simple solution to a very big problem are one of the accomplishments we assume on ourselves. Integrating such simple and smart solutions and implementing for varied usage for decreasing the problems educational institutions are facing currently are one of the best things we suppose we have executed.

On the first case, in research phase only we studied about the problems that educational institutions in Indonesia are facing and how they align to problems in India thus making solutions implementable in both the nations with mutual collaboration. In developing the project, we learned how to unify various resources and with their appropriate usage, we can solutions to many simple solutions using some simple research and development.

We plan to integrate many more features in Inoric with better features in simplifying the application for a wide variety of features, to name a few, we plan to integrate IoT solutions in various usages capable in receiving data from various sources for better analysis and approach to problems that education faces, also in continuity we plan to collaborate with well established educational institutions for their support and help in better developing the project. 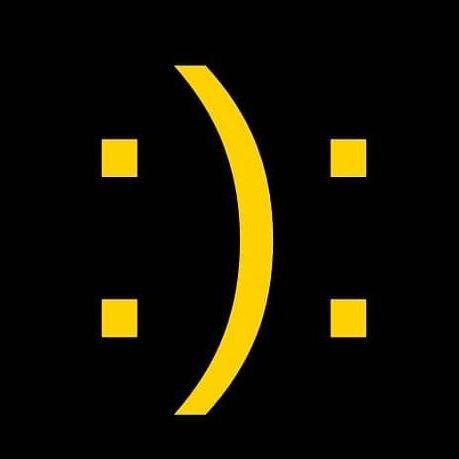