Our hack aggregates the local storage of each Docker Swarm node and provides a shared volume that can be mounted by any Docker service to make it stateful. As nodes are added/removed, the storage rebalances and scales automatically as expected ensuring availability and increased capacity.

While stateless services have many advantages, such as being deterministic and scaling well, there are many services which require some form of state. A major limitation of Docker right now is that it does not facilitate the creation of stateful services. A host's storage can be used however this then means that for state to persist, a service must always run on the same host. There are a number of volume plugins that try to solve this with varying success but none that currently take full advantage of Swarm 2.0 and Docker Services.

As we are building a secure, decentralised filesystem, we saw this as an opportunity. Our solution is designed to provide a strongly consistent POSIX filesystem that scales linearly which is ideal for large deployments with nodes coming and going without warning as may be the case in a Docker Swarm.

Infinit provides a simple way to add hyper-converged storage to your Docker Swarm. Hyper-converged storage means that as a compute node is added to a Swarm, Infinit aggregates its storage to the cluster. This storage can be used by any service running on the Swarm to provide a place to store common files or share state. As nodes join or leave the Swarm, Infinit automatically scales the storage and rebalances or replicates blocks to ensure high availability and redundancy of the data stored on the Infinit volumes.

Docker integration for Infinit was built on top of our decentralised filesystem which is detailed on our website. In order to make Infinit work with Docker we wrote a daemon (in C++) to expose Infinit as a Docker volume plugin. This along with our Hub ("beyond" internally -- a service that facilitates storing and transferring configuration information) and an Infinit service for contributing a node's local storage to the cluster were packaged into containers so that they can be easily distributed.

There were a mix of issues that we encountered while developing our Docker Swarm integration:

We are proud to have created an easy to deploy, scalable foundation for building stateful services on top of Docker Swarm. We think that this will be extremely useful for a large part of the Docker community.

The challenges we encountered taught us more about kernel and mount subtleties. By working on this project, we learned a lot about the power of orchestration and services being built-in to Docker. We see this as extremely powerful especially when combined with the ability to create stateful services.

What's next for Infinit - Docker 1.12 Hackathon

We aim to publicly release the Docker volume plugin that we developed during this hackathon soon so that everyone can benefit from stateful Docker services!

We are also hard at work preparing our filesystem code to be open sourced. Check out our projects on GitHub.

Steps to reproduce the demo

Make a Swarm from these three machines with one Swarm Manager.

Create an overlay network to be used by Infinit.

Start the first Infinit service -- the Hub (internally called "beyond") -- on the Swarm manager. This allows Infinit nodes to share initial configuration and fetch endpoints so that they can connect directly. This Hub image is pre-configured with a docker user and an Infinit network named docker.

Once the Hub has been launched, start the second service which contributes the local Swarm node's storage to the network. These images are pre-configured to contribute to the network docker using the user docker. The network is configured to replicate volume data three times which will automatically be maintained as Swarm nodes come and go. Passing INFINIT_BEYOND in the environment allows the storage nodes to find the Hub using the overlay network. As the service is run globally, the storage from all three Swarm nodes will be aggregated.

Now that the network has storage, run the final service -- the Infinit daemon -- which provides the Docker volume plugin. This allows creating and mounting of Infinit volumes on any node in the Swarm. As before, passing INFINIT_BEYOND allows the service to find the Hub. Passing INFINIT_USER tells the daemon which Infinit user to perform actions as. Mounting the host's local /run and /usr/lib/docker/plugins directories to the container ensures that the daemon can automatically manage Infinit mounts and provide the Docker volume plugin. The daemon is run passing an Infinit user name and password. It will use these credentials to fetch all configuration information it needs from the Hub.

Once the daemon is running, volumes can be created using Docker. The options passed when creating the volume tell the daemon to create the volume on the docker network we already have and to not use caching so that the changes to the volume are live.

To demonstrate that all the nodes are sharing the same volume, create a new global service that periodically writes the node's hostname along with a timestamp.

This should show a list of files written by each of the nodes which will be added to every five seconds. 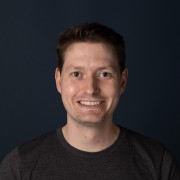