There are a few reasons / items of inspiration that led to the development of this app.

I had personally become very engaged in following the mobile space and as part of that had recognised (and chosen) Appcelerator as a fantastic, highly productive cross platform mobile development environment.

Alongside the major shift towards mobile in the enterprise - I also felt it was critically important that any mobile app representing a real time enterprise solution (such as Imagine) also itself must be real time! After much research this brought Pubnub into the solution picture - a brilliant real time messaging layer - and it forms a core part of the important functional profile of this app - ie. the ability for a user to view their “Ledgers” or “Books” or “Portfolios” (Imagine specific) totals in real time, anywhere they can get an internet connection.

As you can see in the video demo, via the Imagine Mobile app we are presenting very sophisticated trading, risk and analytics figures — all in real time.

Alongside the real time capabilities of the Imagine Mobile app another neat feature is the ability to invoke Imagine server side “apps” straight from the mobile device. Imagine has its own “App Marketplace” for customers of the regular Imagine solution to write, and run (Javascript) apps via the standard Imagine GUI - a desktop thin client, connecting to Imagine’s cloud hosting environment. This “Imagine App” capability is quite unique at least in our industry (competitor) segment, and so I wanted to also bring that feature to the Imagine Mobile solution. That is done, and you can see this via an example in the video demo - whereby the user can run a (customisable) “Value at Risk” calculation and view the results. 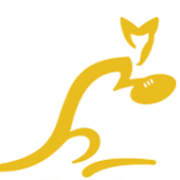