My inspiration was ScreenSnipe - a JIRA and Confluence plugin we recently archived on the Atlassian Marketplace. ScrenSnipe was developed with Java Applets technology which is almost dead now, hence my idea to create a new plugin in pure HTML5. The first version is for JIRA Server with essential functionalies. Plans we evaluate revolve around JIRA Cloud and Confluence versions.

Essentially, Image Annotator for JIRA adds image editor to JIRA. After installation, you can start the editor when you hover over images attached to issues (JPG, PNG, BMP). If you have edit permission right, you can edit and annotate image attachments in issues. Your changes can be saved in original attachment or you can create a separate annotated or edited image attachment.

I started with the JavaScript library for image editing. Next, I built the JIRA plugin that wraps it in the JIRA user interface. I used frontend technologies mainly, the only one Java class so far is responsible for handling license.

There were quite a few challenges, actually. The biggest two of them were handling image attachments (adding and removing them) in frontend code and creating a text tool that lets users type directly on the attached image.

I'm very proud of creating my own image editing library that can turn any HTML Canvas element into image editor. I'm also happy with the overall architecture of the plugin - it's very modular and it should let us build Image Annotator for other Atlassian apps (like JIRA Cloud and Confluence) quick and easy.

What's next for Image Annotator for JIRA

Tight integration with Add Screenshot screen in JIRA which will result in possibility to edit the just-pasted screenshot, which is not yet an issue attachment. 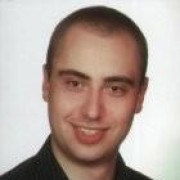 Want to know some more about Image Annotator for JIRA internals? We just shared a little bit of gory source code details on our Spartez Blog: https://spartez.com/blog/how-to-handle-issue-attachments-in-jira-from-javascript-code

New release of Image Annotator for JIRA is out and about! The biggest feature of version 1.2.0 is integration with JIRA Agile. You can check it directly on Atlassian Marketplace site: https://marketplace.atlassian.com/plugins/com.spartez.quick-image-editor-jira-server

It turned out that "What's next for Image Annotator" happens now! There is brand new version on Atlassian Marketplace with hot new feature - integration with JIRA Attach Screenshot popup. Now those screenshots can be edited even before they are attached to issue!