After seeing the devastating effects of Hurricane Maria on Puerto Rico I knew I wanted to do something to assist those that were harmed. One of the mist significant challenges in providing aid is giving it to those who need it most, and I wanted to fix that.

It provides a map of the the areas of Puerto Rico that were likely most impacted. The areas that inflicted the most harm have a brighter red while those that were harmed to a lesser degree are represented by a duller shade of red.

I used the two pieces of data that that I considered most important. First, I used a before and after comparison data from NASA of land coverage (basically the amount of vegetation on the ground) in Puerto Rico. This is paramount to considering the extent of the damage as it shows how strong the winds were across Puerto Rico. Second, lights as seen in before and after satellite images which I procured form NASA's webpage. These are crucial as they both how powerful the winds that these regions were and the seventy of the damage to infrastructure they caused, as well as the relative populations of these areas (the more lights/electricity, the more people that live in those areas and are now in need of aid). I calculated the difference in each pixel before and after the hurricane, then aligned the land coverage and electricity difference images (actually GeoTiffs) and used a linear algorithm to calculate the overall damage in that pixel. I then extracted that image and created a iOS app that displays it using Mapbox. Combining the data into one app.

Figuring out how to combine the two different images was rather difficult, considering their different sizes and orientations.

I learned a lot about using GeoTiffs and working with locations. It was honestly much more complicated than I expected.

What's next for Identification of Most Harmed Regions in Puerto Rico

I hope to be able to put the app on the App Store later today or tomorrow. This would be great because the applications are urgently needed now, not in a few weeks. Also I'm going to add a search bar to the app for easy navigation, that should be on GitHub very soon. 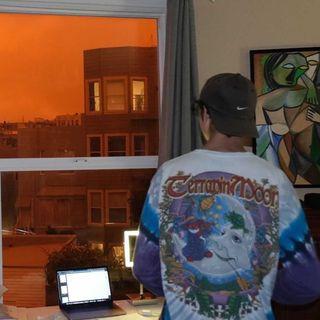