An intelligent bot was created during a long summer school in the American University Of Nigeria, this bot was to assist pen testers in creating a profile for networks by using common attacking techniques. It became a major success after discovering a vulnerability so big in the university's network an attacker could alter grades, alter finances and even completely annihilate the whole network. Considering how successful this bot was, we decided to take the logic used in building it and apply it to something broader and bigger like an enterprise.

IBN takes request in natural language i.e. "Create an invoice for Mr John with these products: 2 bags of rice, 3 cartons of indomie and 1 pack of cocacola." and converts this into a real invoice which can then be seen by Mr John on the same platform. This is the basics of what i does but the possibilities are more, this is an intro into a world of information and insight at the finger tips of a user. Information that would have cost time and resources are now available to the entrepreneur at his/her convenience

After dismantling the pen-testing bot due to legal issues that arose from the vulnerabilities it discovered, we decided to take the research and rebuild it into IBN, previously we had used a specially crafted language called Margee(made by us) to describe the models that the bot used to decipher and process intents but due to the complexity of the domain we are currently facing we have decided to go for a more traditional and suitable language. We used NLTK and a in-house library for the natural language processing and Django for the core backend. We also used NodeJS for parts of the NLP. We have also created a concept called NLOM (Natural Language Object Mapper) which tries to map objects, subjects to a language class for further analysis to derive an intent.

Facing legal actions, we were forced to let go of the original source code and had to build this up gain from scratch. Also due to the complexity of the current domain being tackled, IBN as at this time is unable to detect its features from the corpus and requires models built with specific features. We hope that further in the future we may be able to apply deeper concepts to enable feature detection.

We are proud of the project in general and are very sure that this is the next phase in business insights and connectivity. From its earlier success in pen-testing to its current redeployment in the business domain

We have learnt the use and implementation of certain algorithms for NLP. We were able to learn so much that we built our own in house library to run some parts with a little assistance from NLTK python library.

What's next for IBN

Well we are looking for funding and investments and also to tell those afraid of the machine that the world will be better with machine intelligence. 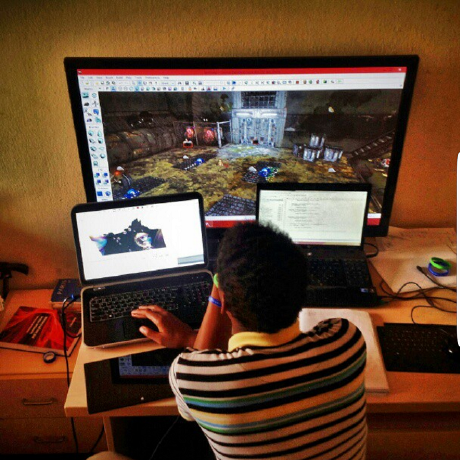